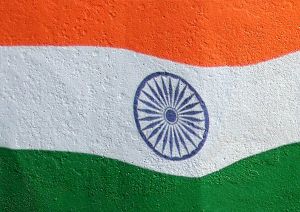 The blanket term “Indian-language publishing” belies the fact that each language forms a different industry of its own.

GOA: What happens when you bring together the farthest ends of the horizontal and vertical axes of the industry in India — print and new media publishers, online retailers, booksellers, authors, bloggers, educators, linguists, graphic novelists, investors, not-for-profit publishers, publishers of Indian language books and of children’s books, publishing and magazine editors, librarians, events and activities’ managers, a successful community library chain, SaaS providers, printing technologists, self-published authors — drop them into the tranquil premises of the Krishnadas Shama State Central Library in Panjim (Goa) — a state-of-the-art library and archival center, and home to some 200,000 books, including rare Portuguese manuscripts, and Konkani and Marathi works—and ask them to discuss the “digital future?”

You get Publishing Next ’12, the second edition of the annual professional publishing conference organized by Goa-based CinnamonTeal Publishing. (Read our report on last year’s inaugural session.) The discussions took on a variety of themes: how to get rookies on board, as writers and publishers; the expansion of the publishing piece by attracting investments; the woes of booksellers and retailers; ways to make books appealing to a young audience; the way ahead for academic publishing; and reconfiguring of the book with the aid of digital technologies.

The panel discussion on Indian-language publishing and the one on preservation of oral traditions were particularly illuminating. English-language publishing is given more prominence and importance, more so by the publishers themselves, who tend to know little about the industries of Indian languages.

The blanket term “Indian-language publishing” (and its colonial cousin, “vernacular publishing”) belies the fact that each language forms a different industry, with a unique character of its own. The differences were apparent when publishers representing Konkani, Hindi, Bangla, Marathi and Tamil, presented an overview of their industries. Each gave data based on similar parameters: number of publishers (estimate), booksellers, modes of distribution, network of libraries, adoption of digital publishing, awareness about copyright and piracy issues.

Soon, the problems common to them emerged: lack of professionalism, of trained professionals, of distribution channels for books, of good infrastructure, and also piracy etc. Interestingly, six big Marathi publishers have formed a consortium and have invested in an e-book platform, eMarathi.com, through which they will roll out Marathi e-books soon.

India is linguistically divided into states, so the geography of each “official” language is well defined. English-language publishers, on the other hand, need to make their wares available across the country. They have been doing this with the aid of an old, now creaking, distribution system. The lack of distribution and poor sales infrastructure for Indian-language books has made way for Flipkart, the online retailer, to aggressively capture a chunk of the Indian-language bookselling market. Publishers are happy with the sales generated through Flipkart. So are readers, said one publisher.

At least 600 living languages continue to be spoken in India (more if you count variants, dialects), of which 23 (including English) are recognized as “official.” The government focuses its efforts for language development on only the scheduled list of languages. This has meant that many languages have survived in spite of the official neglect, but they do not have a corpus of printed literature because no books are published in them.

The thrust on learning the official languages in the respective states, and the privileging of the printed word, have impacted strongly on the oral traditions. Nonetheless, many oral traditions continue to survive among the nomadic and tribal communities spread across the country. But they are under threat, and the publishing industry could play a role in preserving them. In our burgeoning cities, media technology and consumerist lifestyles are changing the patterns of community memorization.

A panelist representing children’s book authors, rued that the heroes from our large repository of Indian folk tales are now making way for Harry Potter.

The discussion on academic publishing called up a touchy subject: the problems with content generated in India, which carries the tag “of not good quality.” The reason is not just poor editorial checks, but also a lack of adherence to academic protocols such as notations and citations. Plagiarism is also a problem. Added to this, few academicians and university-level researchers are “writers.” Most of them have no training in writing, and often, a weaker grasp over English becomes a problem for publishing their work.

Each of the language industries has devised their own solution, but most of their annual sales come from prominent local and regional book fairs (which, in India, are consumer fairs, not trade fairs).

Attitudes towards e-books, online publishing and apps, while are favorable, continue to be a challenge to publishers for two reasons: the techies and publishers don’t yet speak a common language; and, the investments of time and money required are not manageable for the Indian publisher who is mostly small- and medium-sized. The rapidly changing formats, platforms and software, make it further difficult for publishers to keep up.

A few investors and serial entrepreneurs present at the conference explained the investor’s point-of-view. While funding for “traditional” publishing (meaning print!) through venture capital has no appeal, there is interest in creating and repurposing content delivered via digital platforms and gadgets. Such ventures are bound to grab the attention of funders.

Many IT companies have been vying for space in the publishing industry, by offering a bouquet of new media technologies services. But publishers are unable to go at full throttle, despite a good section of the population that is gadget-ready to consume digital content.

A presentation of the Neilsen Bookscan India service by its representative, threw up fears among authors that publishers would use such data to play favorites, and push only “bestselling” books and authors.

Indian publishers have used the conventional “keeping their ears to the ground” technique for making business decisions. Besides the sales figures, feedback from distributors and booksellers has so far been the primary source for understanding their customers. The use of third-party market intelligence, which comes at a fee, is new territory to many of them, and this is why perhaps Neilsen Bookscan has not received the reception it may have anticipated. The big publishers, especially the multinational brands, are leading the way though.

What has become very clear from the intense two days — even if more questions were raised than answer provided — is that at the very least regular dialog about our common problems is of immense value to Indian publishers, particularly at a time when the industry in India is experiencing seismic shifts.

Vinutha Mallya is the founder of Linespace, an independent publishing consultancy. An editor and journalist, she is a contributing editor to Publishing Perspectives and an advisor to Publishing Next. Follow her on Twitter @VinuthaMallya.

Edited videos of conference proceedings will soon be available online.