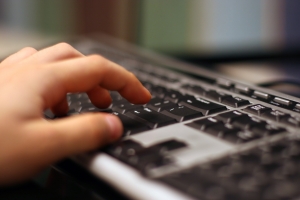 On September 27th, we reported on comments made by Sir Peter Stothard, editor of the Times Literary Supplement and chair of the judges for this year’s Man Booker Prize, claiming that the rise of bloggers will leave the publishing industry “worse off,” while adding that “It will be bad for readers…People will be encouraged to buy and read books that are no good, the good will be overwhelmed, and we’ll be worse off.” John Self, whose blog Asylum is a definite “must read,” wrote in The Guardian that,

“…like Stothard, I worry about the good books being ‘overwhelmed’ by the bad.  But it seems to me that this is as likely to happen because of literary critics being required to review the latest title from a big literary name, irrespective of quality, as it is by a book blogger evangelizing within their particular niche.

“The books that Stothard and I both want to celebrate — those with ‘extraordinary and exhilarating prose’ — tend to come from the edges rather than the centre, and increasingly from small presses.  He would surely agree, as his panel has this year chosen a Booker shortlist on which half the titles come from tiny independents:  Salt, And Other Stories, and Myrmidion. These are the publishers who get more attention from bloggers than they do from the literary press, because a one-person blog has a flexibility and manouevrability that larger literary publications lack. When Deborah Levy’s Swimming Home, one of the most interesting titles on the shortlist was published last October, the first national newspaper review, in the Guardian, was by a blogger — me, in fact. Most other papers didn’t cover it until it was longlisted for the Booker.”

While over at tomcat in the red room, Tomcat is not quite so diplomatic:

“Of course I believe that book blogs are valuable; a wonderful, nay extraordinary addition to literary culture. To suggest that the act of blogging is somehow damaging to literature is dunderheaded in the extreme (and I might add that the blogosphere is probably the most active platform of debate over the Booker Prize, and likely contributes to a large percentage of Booker nominee sales)  Peter Stothard’s contention that literary criticism is only valid when certain (nebulously defined) social and cultural conditions are met is nothing more than the most appalling snobbery. Maybe he’s just afraid that, with the rise of blogging, he’s witnessing an unstoppable sea change, an opening up of what was once an elitism and is now a socialism. Blogging can’t be stopped: it’s in the Zeitgeist now. Of course printed and blogged book reviews can co-exist; but if Stothard is the voice of professional literary journalism, maybe a sea change is a good thing. I wouldn’t want to be associated with him and his ilk.  Maybe printed book reviews *have* had their time. Maybe this is an overthrow.”