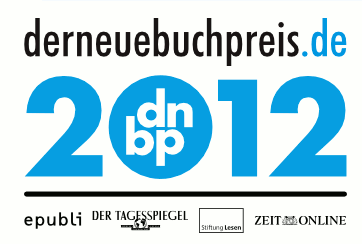 “Epubli, a German self-publishing platform, reflects on its methods and motivations for running a book prize suitable for the 21st century.”

Much as traditional publishing is only open to a certain elite of writers, traditional book awards are very exclusive events in Germany. Just a few titles are considered for the awards, even less make it to the long lists and, eventually, to the short lists. The nominations seem arbitrary, often determined by non-literary criteria.

On the upside, a book award promotes book sales, which is its crucial task for the book market. But it does so only for a small number of publications, namely the ones that make it onto the lists (which are made up of a very narrow slice of literary works written and published in a very specific way).

In fact, many people worry that the German Book Prize, for example, actually narrows review coverage, because people focus so exclusively on its longlist. This is exactly the opposite of what a book prize should do.

We created a new book prize in 2011 for independent writers in Germany, derneuebuchpreis.de, in order to reverse these inequities we saw in the market. It enables self-published authors to nominate their own titles, for a chance to win cash prizes amounting to €4,000 ($5,162) in each of the five categories, and of course the promise of more attention from new readers.

To make a prize truly suitable for the 21st century, we knew we had to integrate authors, readers, and experts in a more fair and open way. We wanted to gauge authors’ ability to engage with readers, without reducing the entire prize to a popularity contest. We wanted to encourage creativity and bring attention to self-publishing as a whole. Looking at our second year, I think we can call it a success.

The book award derneuebuchpreis.de offers self-published writers a new common ground to promote their books. No author is excluded from the prize, because anyone can decide to participate on our self-publishing platform, www.epubli.de. The selection of the winning books takes place in two stages. First, the internet community chooses the best five of each category. After this public voting stage, a jury selects the winner in each category among the five. With members ranging from self-published authors to agents, literary critics to the former head of MTV Germany, this year’s jury was far more diverse than the people you’ll find behind most book prizes.

This two-phase selection system has many advantages. It is democratic, because every interested reader has the right to vote. Whoever wants to support a book simply has to vote for it through epubli’s Facebook application. Readers worldwide can easily take part in the decision for the top 5 titles. This year’s experience has shown that, besides 18,000 votes from Germany, many votes also came from Europe and beyond, including Austria, Switzerland, France, the UK, the US, and Turkey, and adding up to a total of more than 30,000 votes. Although men are still a little more extroverted, with 58.5 percent of male authors on our site participating in the award, women are going viral with a female voting participation of 58 percent. The voting via Facebook application appeals mostly to the server-savvy generations between 18 and 44 years, with a peak in the age range between 25 and 34.

The public voting is a good marketing opportunity for our authors as a whole. Because many authors are trying to gain votes at the same time, general public awareness of self-publishing titles rises. Since the beginning of the contest, German local and national papers such as Der Spiegel and Stuttgarter Nachrichten have been reporting more frequently about self-publishing. Admittedly, writers who have already built a strong network have an advantage, as they are more likely to motivate internet users to give their votes. But we decided that the openness public voting brought to our contest far outweighed this concern.

The winner in the 2011 nonfiction category was Matthias Matting, a well-known journalist. He wrote a report about Fukushima after the tsunami, a topic that certainly could not have been published equally quickly with a traditional publisher. Beyond the cash prize and additional sales associated with the award, shortly after he won, his self-published book was incorporated in the iBookstore’s recommendations section.

At the same time, lesser-known writers can also benefit from readers researching the award and gaining interest in discovering new books. Authors can benefit from their competitors networks and learn more about how to use the internet for their purposes. Last year’s science category’s winners Martin Ebner and Sandra Schön discovered new ways of promoting their work. They tweeted and posted on Facebook, shot promotional videos and offered a print version for some readers. This year, they published a version that enables their students to print only those chapters that are interesting to them. For them, derneuebuchpreis.de was the starting point for many creative ideas.

Although networking is important in order to rank among the top five in any category, the final jury decision ensures that its not the best networker who will win the award, but the best book—a mechanism that gives talented, but possibly unknown self-publishers the chance to come in first.

In contrast to other book awards, derneuebuchpreis.de fits right into the 21st century. It is democratic, easily accessible and, most importantly, it gives writers a chance to win a lot more than just money.