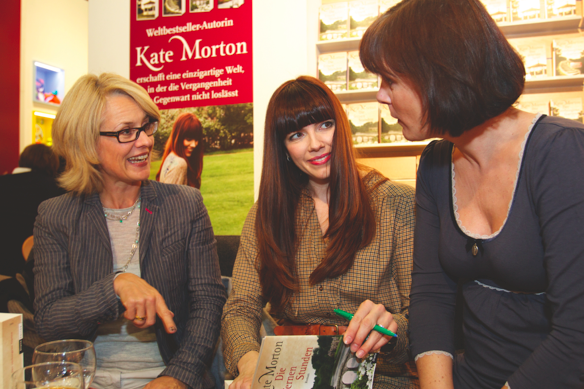 While its domestic book trade may be in a dip, Australian rights activity is on the rise, with its income from rights sales increasing over the past year, according to Think Australian’s just-published annual survey of Australian rights managers and agents. Over 70% reported increased rights income, while only 11% reported a drop. There was a strong Australian presence at this year’s Frankfurt Book Fair, with two fiction titles providing much of the buzz. Kate Morton (pictured), whose new novel The Secret Keeper is being spruiked by Allen & Unwin, is now an international phenomenon, having sold over seven million books in 38 territories since her 2006 debut, The Shifting Fog.

Meanwhile, Text Publishing is generating massive interest in The Rosie Project by Australian debut novelist Graeme Simsion, with rights deals across about 20 territories to date totalling around US$1.8 million. Simsion entered his tale of a Professor of Genetics in search of the perfect mate in an popular unpublished manuscript competition, which he won this year before being snapped up at auction by the Melbourne-based publisher. Simon & Schuster has snapped up US rights, with UK rights going to Michael Joseph/Penguin. Wolfgang Krüger Verlag will publish in German.