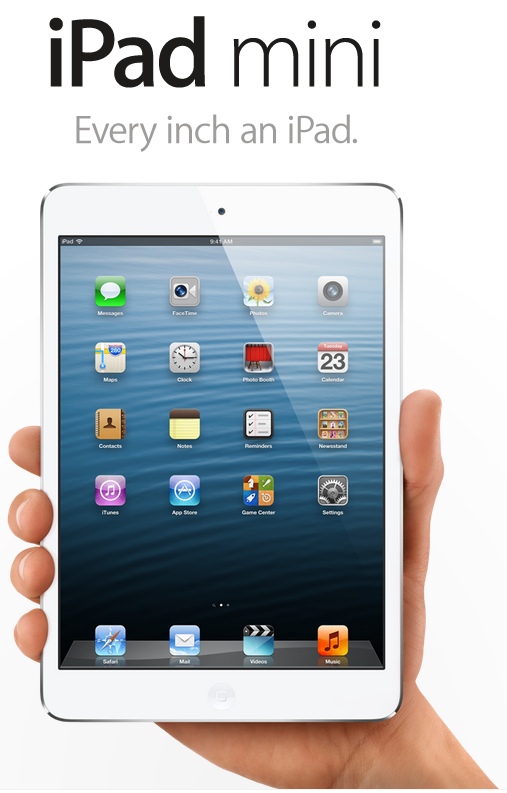 The Mini, which will start at $329 for a 16 GB model, is in itself not much of a surprise — tech sites and blogs have been posting rumors and speculation for weeks. Its price, however, is notable in that it is significantly more expensive than other 7-inch tablets — most competitors hover around $200. A 32 GB iPad Mini will cost $429, and a 64 GB model will sell for $529.

In terms of hardware and specifications, it’s approximately the equivalent of the iPad 2, which came out in March of 2011, and features a better FaceTime camera and faster WiFi. The iPad Mini is 7.2 mm thick and weighs less than a pound — as “light as a pad of paper,” according to Apple’s Phil Schiller.

Schiller went on to show a few side-by-side comparisons of the iPad Mini and Google’s Nexus 7, saying “there is a gigantic difference in these products.”

Perhaps more surprising is the announcement of a 4th generation iPad — Apple released the previous iteration of the iPad just a few months ago.

The new iPad features a much stronger A6X processor, a 720p FaceTime camera and increased LTE coverage. It starts at $499 for a 16GB model.

Both the iPad Mini and 4th generation iPad will be available for preorder this Friday—the same day that tech rival Microsoft launches Windows 8.

Via The New York Times, Wired