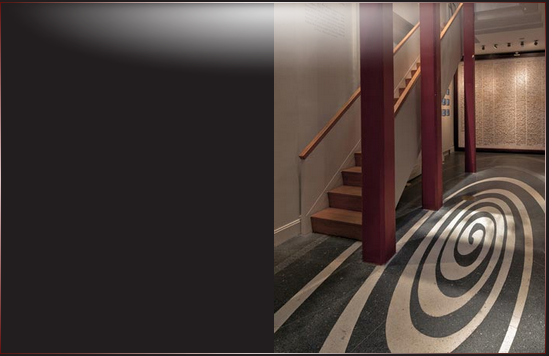 ...you are greeted by a wall of 4,213 cigarette butts, individually dated.

Foreign visitors to Istanbul may be forgiven for thinking that there is only one author in Turkey, and that his name is Orhan Pamuk. In all the city’s bookstores and museum gift shops there are piles of his books in English translation, great ziggurats of them stacked high, bearing titles such as Red, The White Castle, Istanbul and his most recent novel The Museum of Innocence. No other Turkish author enjoys anything even remotely close to this level of visibility.

The Museum of Innocence however is not merely a novel but also an actual, physical museum founded, funded and curated by Pamuk himself, located in the city’s Cukurcuma district, on a hilly, curving street amid junk shops and stray cats. I arrived at 8:30 p.m. on a Friday, when the museum was open late. The security guard warned me not to take any photos (there is an expensive catalogue for sale in the gift shop, with text by Pamuk) but otherwise I was left alone to wander undisturbed around the museum, along with a handful of other foreign visitors.

Entering on the ground floor you are immediately presented with a wall of cigarette butts, 4,213 of them to be exact, allegedly collected and preserved by “Kemal Basmaci.” They belonged to his lover Fusun, and are individually dated; Pamuk himself has composed hand-written notes for the old fag ends (I am British, by the way). The next two floors meanwhile house 83 “display vitrines” each of which contains a set of objects pertinent to events in the 83 chapters of the novel—a typewriter, a tricycle, an electric razor, a collection of porcelain dogs, the first commercially produced Turkish soda.

If you have read the novel, then you will interpret the displays as the work of Kemal Basmaci, the protagonist who betrays his young cousin/lover Fusun and then spends the rest of his life regretting it. Worming his way into her household after she has married another man, he then spends years stealing small items that remind him of their life together for his private museum.

If you haven’t read the book then the display cases amount to a nostalgic (and profoundly melancholic) evocation of upper class life in Istanbul in the 1970s and ’80s. Apparently Pamuk accumulated the contents of the boxes during trips to the neighborhood junk shops and also on excursions abroad.

There is however a third influence/theme at play, as Pamuk has also incorporated a prosthetic hand, an anatomical model, an empty bird cage, and a doll’s arm — all of which are lifted directly from the iconography of classical surrealism. The house is thus like a giant cabinet of curiosity, albeit one that is immaculately tasteful and without any of the shock tactics favored by the likes of Andre Breton or Jan Svankmajer. And is there not also a trace of Borges as the world described by an author in a book enters our world as an actual physical place you can visit?

Well, perhaps. Pamuk has stated in interviews that he conceived of the book and museum at roughly the same time. He funded the latter with his Nobel Prize money, and after some well-publicized disputes with assorted Turkish builders, it opened its doors in April of this year.

Mad, visionary and pointless projects such as this are a good thing, of course, and yet I found myself startled by what I encountered on the top floor. Here we find the bed where “between 2000 and 2007” Kemal Basmaci lay, telling his story to Orhan Pamuk, who sat on the simple wooden chair nearby. Forget all that, however — what is the visitor to make of the lovingly preserved hand-written manuscript pages of the novel, framed and on display behind glass, complete with notes explaining what Pamuk was doing at the time he wrote each page? Is it interesting to learn that he wrote this page in New York, and this page in Istanbul? And look: he drew the view from his window on that page; Pamuk likes to do that, we are informed — by Pamuk, presumably as he is the author of the museum as well as the novel.

Why wait for posterity to do the job when you can curate your own sacred relics so much more accurately and efficiently? And so we may wonder whether, at night, Pamuk sneaks in and lingers lovingly inside the meta-museum of his own genius. Nobody can say for sure. It is certain, however, that The Museum of Innocence costs 25 Lira to enter, which is the same as the Haghia Sofia and the Topkapi Palace, both of which — like the egos of writers — are rightly included among the wonders of our world.