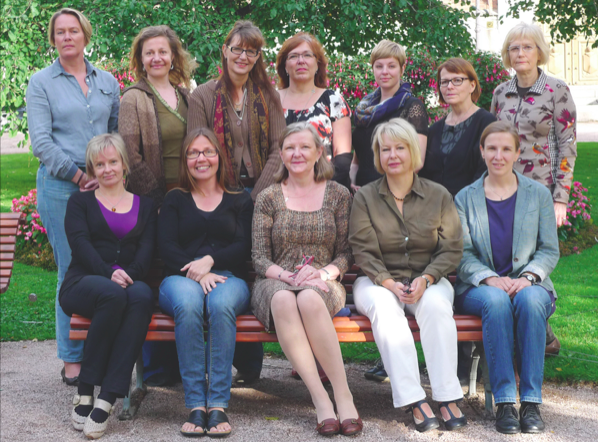 FILI, the Finnish Literature Exchange, is ready to help publishers prepare for Finland’s turn as Frankfurt’s Guest of Honor in 2014.

This article was supported by FILI – Finnish Literature Exchange.

Finland will serve as the Guest of Honor at the Frankfurt Book Fair 2014. If you want to get a jump on preparations, you’re first stop should be the website of FILI, or the Finish Literature Exchange. There you’ll be able to find news about the country’s extensive translation programs and the online literary journal, Books from Finland, which offers sample translations, book news, and reviews. FILI was founded in 1977 as part of the Finnish Literature Society (established in 1831), in order to promote Finnish literature abroad. With an annual budget of €2.5 million, most of which comes from the Ministry for Education and Culture, FILI awards €650,000 in translation and printing grants to more than 300 different projects. This results in some 200 translations into almost 50 different languages each year.

“FILI covers all the trade genres, but fiction dominates,” says Nina Paavolainen, Project Manager Frankfurt 2014 for FILI, adding, “a lot of effort has been put in [recently] on the promotion of children’s and YA books.”

And while certain authors prove popular year after year — Mika Waltari (35 languages, 400 translations) and Tove Jansson (40 languages, 400+ translations), for example — there are hundreds more authors to explore. “Arto Paasilinna is just one example,” notes Paavolainen, “He’s already been be translated into 30 languages and has been popular in France and Italy for decades.”

Neighboring countries such as Estonia and Sweden are already big markets for Finnish literature, but says, Paavolainen, “the German market is often a gateway to other countries, and the French market has been opening up considerably during the past years.”

The Guest of Honor program at the Frankfurt Book Fair will be a unique opportunity for the modest Finns to show off the scope of their rather sizable literary achievements. “It is, without a doubt, a big opportunity for us,” says Paavolainen, “We want to be able to reach deeper into our fellow European markets, to the Americas, and beyond. In the meantime, we’re organizing numerous international editors’ visits in the coming year and hope interested publishers [will] take this chance to come and experience Finnish publishing first-hand.”

Finland will be the Guest of Honor at the Frankfurt Book Fair 2014 with the slogan “Finnland. Cool.”