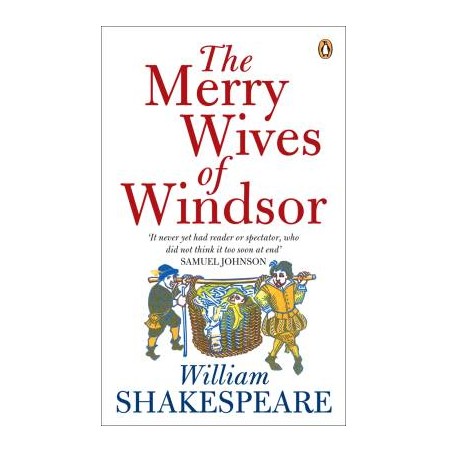 When we last saw Sir John Falstaff at the end of Henry IV Part Two, he had been banished and humiliated by his friend Prince Hal who became King Henry V.  But now, as Publishing Perspectives’ exploration of the works of Shakespeare, The Play’s The Thing, moves on to the light-hearted comedy, The Merry Wives of Windsor, there’s Sir John Falstaff again, but in a seemingly different guise. Or is he? According to Harold Bloom, the hero-villain of The Merry Wives of Windsor is a nameless impostor masquerading as the great Sir John Falstaff. Or is it instead, as Tony Tanner argues, “that Shakespeare has taken a recently created and very successful character, retained a number of his most distinguishing characteristics (verbal inventiveness, resilience, and so on), but placed him in an entirely different setting and situation. On his own turf, in the easy-going inns of London, Falstaff is more or less the boss; in the respectable bourgeois world of a quiet country town, he is a fish out of water — or better, a beached whale,” as the merry wife Mrs. Ford declares.

In either case, the play is a delightful comic romp of rapidly shifting language and verbal style, as well the basis for one of the greatest of all operas, Verdi’s Falstaff. We hope you’ll join in the reading.