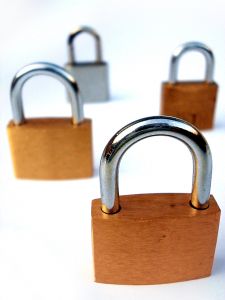 To those that hold the power people on the periphery ultimately don’t matter.

To DRM or not to DRM, that is the question. But, as discussed in today’s feature story about BooXtream, there is a third way: digital watermarking, which allows a publisher to track a file back to an individual purchases, should they find the need to do so. You can argue the merits and disadvantages of DRM till the ends of time. It has shaped up as one of those arguments where it appears “never the twain shall meet.” Each side has it’s own priorities. But what’s perhaps most interesting is that the large mainstream publishers have more-or-less finally given up on the idea that DRM inhibits pirates. And with it, they appeared to have finally taken to heart the idea that the majority of people willing to pirate a book is not likely to be the same consumer who would have bought the book in the first place. Pirates, or those inclined to take this kind of shortcut, are not their core audience.

No, instead at least one publisher, Ursula Mackenzie, chief executive of Little, Brown and Company and president of the UK Publishers Association, admits that:

The central point [of DRM] is that we are in favor of DRM because it inhibits file-sharing between the mainstream readers who are so valuable to us and our authors.”

This appears on its surface to be an awfully hostile comment, at least when read from the perspective of the reader. In essence, it means — we don’t want you, the people who are likely to buy our books and support our business, to begin sharing those books with other people who might otherwise buy our book. We don’t want you, and your generosity of spirit or enthusiasm for our book, to take away a potential sale from us.

Yes, as a reader, it is offensive; but from a business standpoint, it makes some logical sense (though does little to the perception that publishers are often hostile to the needs of readers).

The comment has much in common with China’s own unofficial policies for policing its own publishing industry. Talk to publishers in China and they will admit, at least anecdotally, some tolerance of free-speech, provided it remains on the very fringes of society. The hammer of censorship is guaranteed to come down if and when something threatens to influence the mainstream population or comes into public view.

To those that hold the power people on the periphery ultimately don’t matter. It’s your base, your core audience, that you need to police — and keep in line.