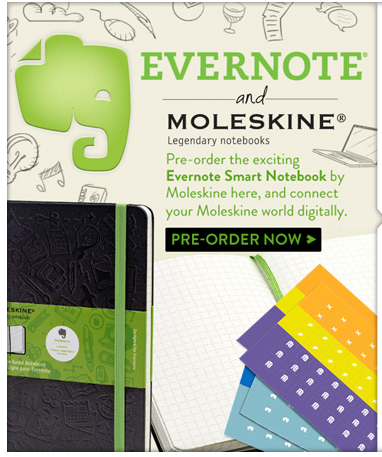 Ask a room full of people if they’ve ever used Moleskine notebooks, and the cultish devotion tumbles out of their mouths quicker than you can say “Analog, please.” Marco Beghin, an Italian who’s headed up Moleskine America as its president for over seven years, has a keen understanding of the relationship between his customer and their love of paper. His understanding of the dogged devotion is that it goes beyond the slick black covers, blank pages, and sturdy elastic band that hold the covers together. To Beghin, the brand epitomizes the concept of mobility. After all, he’s an avid marathoner whose personal goal is to sit for no more than one hour a day (yes, you read that right), so he thinks a lot about the ease of moving around, both physically and mentally.

Beghin is a forward thinking, big picture kind of guy. His constant state of motion has changed his life, both personal and in business. “When you’re standing in your office and someone comes in to ask you a question, there’s something about that interaction that will be much more efficient than a long meeting sitting down. I love my new 3-minute meetings.” Of course it’s not just our bodies and our things that we’re mobilizing—it’s information itself. “What we’re navigating is the space, but it’s also information. Movement is physical, but also digital. It’s information.”

During recent talk at Parsons in New York City, he inspired a room full of marketing students to think about “deep design.” To get a sense of his passion, you should know what he looks like (or at least that was what my fashion students jumped to discuss the moment he left the room). Lithe and strong, he wore a basic black shirt over dark rinsed jeans and his favorite black New Balance Sneakers. He “looked a lot like Steve Jobs,” said one student, “and he should totally do a TedTalks,” said another. He stood in front of the class rather than sit and challenged everyone to think about the things they carry. One excited pupil, Bernard, picked up his oversized leather bag and offered to show us his wares. Ultimately, Beghin’s talk was far less about Moleskine products than I thought it would be. Heads of companies tend to talk in “Eagle Eye Perspective-speak,” and Beghin was no different. “You need to design for people who are mobile. I’m not talking about people who drive everywhere in their cars, but rather those who bike and those who walk. We need to design things so that there’s less distance between them and the objects they carry.”

Publishers who hope for their catalogs to become as iconic across generations might want to stamp the words “Self-identity and mobility” onto their five-year plans, two key ideas behind Beghin’s concept of where Moleskine is headed. “The design of Moleskine… the rectangular shape of the notebook… is in our collective memory,” which to his mind explains the fierce devotion to the brand. This stance sounds as confident as the collective imprint from Carl Jung himself, but more publishers could learn to stand as tall behind the ideology of their own products.

“What that you carry says who you are?” he asked.

Once again Bernard reached for his leather bag to unearth a pair of non-tangling headphones. “I can’t live without these.” Beghin looked on, interested, but pushed on to his own epiphany. “It’s not your phone; if everyone put their phones on the table you couldn’t tell them apart. But a notebook contains the content that represents you.”

Beghin challenges our ideas of mobility by continually describing his own; not just his physical life, but the moment to moment life between analog and digital.  “We don’t stand for analog or digital. We’re in a mobile continuum that looks more like analog, digital, analog, digital. We can teach how to be mobile in this continuum.” The notebooks themselves, the analog if you will, have gone through one seismic shift to accommodate all of this motion and carrying: not too long ago they went from having a hard cover to having a soft cover. “With the soft covers you can scan pages now. You can open and close it a million times because it’s bound like a book. We had to consider quality and mobility.”

Now, Moleskine is dipping its big toe dipping into digital; the formal plunge wasn’t far behind.

Moleskine has just forged a new partnership with Evernote, a company comprised of a handful of applications created to help people stay organized. The match seemed a natural fit for Moleskine. Together, they’ve optimized on each of their symbiotic brands to create an analog/ digital continuum for the mobile human who understands that their creativity is based largely in the pen and paper process. This is how it works: Download Evernote on any computer or phone, snap a picture of an Evernote Smart Notebook that’s been optimized to work specifically with this application. Use cataloguing stickers that come with the notebook to tag your pages, and Evernote will automatically sort them by the sticker category so paper pages can automatically be filed electronically. It’s one of those things that takes a moment to explain and wrap your head around, but its usefulness to the huge population of creatives doing the digital/ analog juggling act is certainly appealing.

What can this partnership, and this company, teach the rest of the publishing world? Most importantly, throw out the window the notion that consumers automatically line up in Team Paper or Team Digital camps. When considering product development, remember that your readers have different desires at different times, depending on the nebulous nature of lifestyle and mobility at any given moment. Help readers adapt your different products to different usages. After all, Team Digital still carries Team Paper in their backpack, in their pocket, and continues to stack their bookshelves and pile high their desks. Remember that Team Paper longs for the organization of Digital, but is reluctant to give up the manual creative process completely. In a way, Moleskine finds this analog/ digital balance without actually having to, well, be digital. Their new partnership with Evernote means that they can still do what they do best… be blank canvasses for creativity… but now they can be photographed, digitized, and catalogued with the Evernote app very quickly.

The idea of merging the analog and digital, can make for a confusing campaign slogan, though. Take this cutesy phrase, about Moleskine pencils, taken from the parterships’s new informational video:

“Moleskine Pencils: For your analog cloud.” What is an analog cloud?, Team Paper may ask. After all, watch the video and you’ll see that the pencils are square, and attach snugly onto their notebooks, but they’re just pencils. Maybe it’s just a way to attract both camps. Moleskine devotees follow in pretty inspired footsteps, with Bruce Chatwin, Ernest Hemingway, Pablo Picasso, and Vincent van Gogh proceeding them. At the end of the day, a notebook may just be a notebook, and a pencil may just be a pencil, and that may be okay. Balancing the new continuum is what matters. “During the day I read a lot on my iPad,” says Beghin. “But at night I prefer to read paper before bed. It’s more relaxing.”

DISCUSS: Is the Digital Age Driving People Back to Analog?