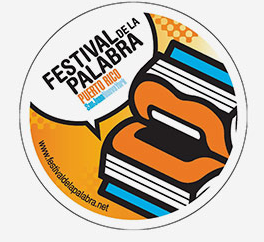 Organized by the nonprofit SLLPR (Salón Literario Libroamérica Puerto Rico) and held on the premises of the Museum of Art of San Juan, Puerto Rico’s “Festival de La Palabra” (Festival of the Word) will host to 60 writers from Puerto Rico and around the world. From October 4-7, this global gathering of authors and readers will offer workshops, readings and discussions with two main objectives in mind — helping Puerto Rican writers to reach an international audience, and promoting reading habits in the Commonwealth of Puerto Rico. Children will enjoy the program Lobos y Dragones (Wolves and Dragons), sponsored by the Cervantes Institute, a Spanish government agency that encourages the Spanish language and culture worldwide. Aspiring writers will have the opportunity of meeting established authors, like Spanish novelist Almudena Grandes, or promising young talents, like Argentine short-story writer Samanta Schweblin. Galician writer Manuel Rivas, author of The Carpenter’s Pencil, will attend the screening of the film based on the book and share with the audience the secrets of turning a complex novel into a screenplay.

New York based literary agent and writer Irene Vilar, of the Vilar Creative Agency, will give a workshop on how to pitch your book with agents and reach publication. Through her partnership with Ray-Gude Mertin Literary Agency, she represents translation rights to important Argentine, Brazilian and Portuguese writers, among them Nobel Prize winner José Saramago. Vilar gained notoriety when she received death threats from anti-abortion activists following the publication of her memoir Impossible Motherhood.

In addition, the Las Américas literary prize will be announced during the festival. Sponsored by the Fonalledas Foundation, the prize aims to acknowledge the best work published in Spanish the previous year. The Mexican writer Jorge Volpi will preside the panel of judges.