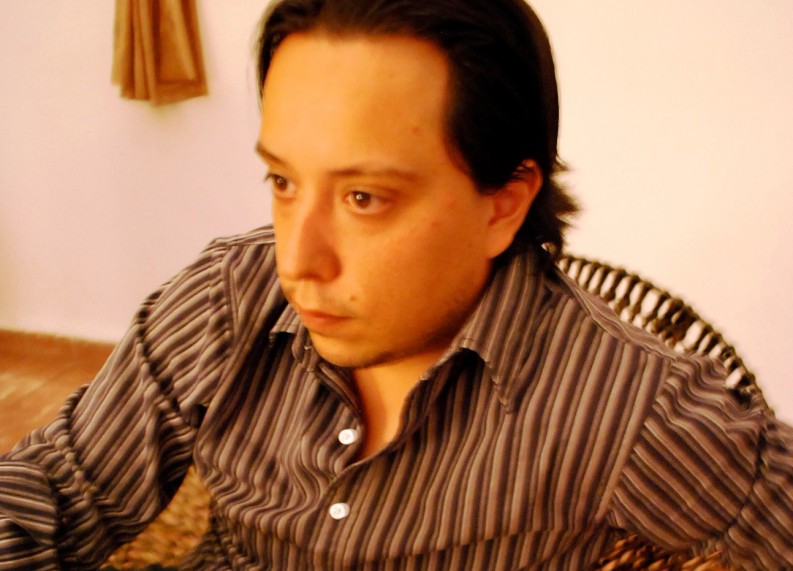 Librerías Gandhi plans to lure buyers in Mexico, Spain, Argentina and the US with unique e-books from independent Latin American publishers.

In 1551, 12 years after Olaus Magnus designed his famous Carta Marina, Antonio de Espinosa — unknown to the World but adored in Mexico — cut the first original printing typefaces of the Americas, severing the strict lash of Seville over anything book in the territories that now we call Latin America. This past March, Mexican bookstore chain and online retailer Librerías Gandhi — which commands some 30% of the book market in Mexico — launched a new corporate font, Gandhi, designed by award-winning designer Cristóbal Henostrosa. (It was released under a Creative Commons license, so please, feel free to download the font and give it a try.)

Henostrosa is also the designer of Espinosa Nova, a new digital font that honors the aforementioned Antonio de Espinosa, the forgotten Mexican punchcutter. Choosing him as a designer was a gesture linking the old world of book publishing and the new world in which Gandhi operates.

"If reading implies bleeding, the country must be reading a lot." Campaign for encouraging reading with a clear reference to the narco wars in Mexico.

Founded in 1971, Librerías Gandhi has 26 bookstores in 15 different states in Mexico. It employs some 750 people and maintains a robust online store that has attracted more than one million users. The company started selling e-books only three years ago, but as of this year, is placing a new emphasis on the category. “Amazon will come this way, but we’ll be ready,” says Manuel Dávila Galindo Olivares, Gandhi’s manager of digital content.

The company presently offers 33,000 titles, aggregated from three different sources — Libranda,Amabook and Publidisa, almost equal to that available in Spanish content the Seattle giant (but not, notably, Barnes & Noble, which has significantly more for sale). But, asserts Dávila Galindo, within a year Ghandhi will be the exclusive retailer of Latin American titles published by independent houses in the region that have been disregarded by Libranda, the influential e-distribution service owned by the Spanish Big Three.

Those small and medium size publishers already have many digital suitors, but Librerías Gandhi has an advantage: those aforementioned bookstores. Print, after all, still dominates the Mexican book market and, says Dávila Galindo, “POD services will be an essential part of our mix.” Though he would not disclose who their print partners will be, he says “Gandhi will offer 72-hour delivery of POD books nationwide, allowing publishers who can’t find a physical space in our stores to have their titles available for all Mexican readers.” In addition, he says, in store POD services, à la the Espresso Machine, will be available in the near future. Gandhi is launching their new platform and ecosystem in October, adding e-reading mobile apps for iOS and Android, to their branded Papyre 613 e-reader that is already available. And, adds Dávila Galindo, “during the fourth quarter we are opening our e-reading services in Argentina, Spain and the United States.” He notes that due to recent changes in government policy in Argentina, “to open the e-bookstore to Argentine readers means some financial difficulties, but we are still talking about one of the most important Spanish speaking markets and it must be addressed efficiently.”

Argentina’s long troubled history could prove a piece of cake compared to entering the much disputed market of Spanish readers in the United States. There, Amazon and Barnes & Noble have been operating in a virtual competitive vacuum. But, says Dávila Galindo, “We have a knowledge of the reading taste of Latin Americans. We’ll have a wider offer, more focused on their interests, and not snobby. The content produced by Latin American authors and publishers is wholesome and their commercial appeal is far from artificially conceived.”

True. But Amazon is a high profile software and tech company with lots of consumer metrics and a dominant position, while Barnes & Noble, through their recent partnership with Microsoft, has acknowledged the need to become a technological company in order to compete in the e-reading arena.

Librerías Gandhi, which is a household name in Latin America, is reinventing itself. But it will likely need to disinvest itself from its clear identification with books and all their traditions, and start thinking about forging a serious technological partnership in order to help traverse the tricky geography of the e-book world. A fancy font can only take you so far.

DISCUSS: Why Mexico is Leading the Way in Latin America’s Digital Transition