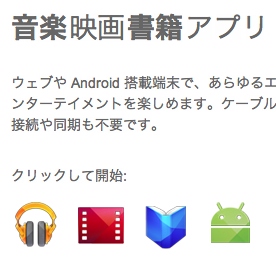 Reuters reported that Google’s Nexus 7 tablet is now available for purchase from online retailers in Japan. Google also released a selection of localized digital content, including books and movies, for the Japanese market. The Nexus 7, which has a price tag of 19,800 yen (approximately $250), will be available from physical retailers on October 2nd.

Google is looking to capitalize on its soaring popularity in Japan: according to their in-house data, the number of devices running the Android OS has tripled since last year, and Japan now ranks third in total applications downloaded from Google Play.

And according to Reuters:

Google makes most of its money from advertising and with the rise of mobile users, is seeing increasing traffic to its YouTube video website. In Japan and South Korea, more than half of YouTube downloads are from mobile devices, some of the highest.

Japan is just the second Asian country to receive the Nexus 7, the first being Australia. The Japanese market is one largely untouched by perhaps Google’s biggest competitor in the e-book world, the Amazon Kindle. Rakuten launched the Kobo e-reader in Japan in July.