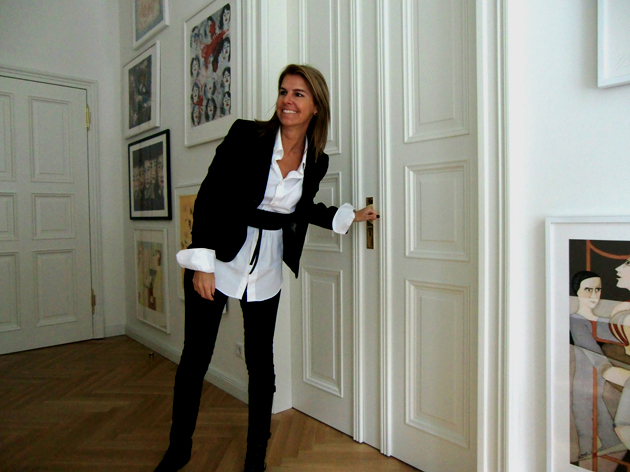 As self-publishing in Germany has matured, platforms are expanding and refining their offerings on an increasingly professional level. Some, like GRIN Publishing, are developing products for traditional publishers (see the article from earlier this month). Epubli, a Holzbrinck-owned platform, has used its industry connections to attract and support authors. And as of last month XinXii has closed a deal with the digital content management company Mondia Media, to distribute titles on the e-book stores of Vodafone live!, T-Mobile T-Zones and Sony Mobile PlayNow. XinXii's Dr. Andrea Schober: "“We’re convinced that mobile reading, not just on e-readers, is becoming a greater part of every day life."

Dr. Andrea Schober, CEO of XinXii, says, “We’re proud that we’re the first company to give indie authors access to these companies’ e-book shops. That in itself is a milestone for digital self-publishing.” For the moment this is more of a symbolic victory for self-publishing, since it seems unlikely that sales via this channel will be immediately significant. Still, it’s certainly not unlikely to grow, and if XinXii presents the new channel as an added value to its authors, it’s going to be perceived as one.

“We’re convinced that mobile reading, not just on e-readers, is becoming a greater part of every day life, the trend toward smartphones and tablet PCs is escalating,” affirms Schober. “However, our cooperation is still very new — it’s too early to make dependable statements about the acceptance of indie literature on Sony Mobile, T-Mobile and Vodafone live! Still, they’ve shown us that things are going in the ‘right’ direction.”

A Look at the Numbers

Expand their offerings as they will, much of what distinguishes self-publishing platforms simply comes down to the numbers. Among German platforms, XinXii and epubli offer some of the most author-favorable rates: XinXii pays authors 70% of sales directly from their website and 50% for those achieved via a distributor like Amazon, with no fees. epubli charges a yearly fee to distribute books beyond its own website, but pays authors 80% of e-book sales from their website, and 60% of distributor sales; for print books 70% and 50%, respectively). On the other end of the spectrum, companies like BookRix offer significantly less advantageous packages (55% via their own platform, 43% via distributors, plus up-front fees).

But offering new distribution channels has its price. When asked if XinXii authors would receive the same 50% royalty from Mondia Media sales that they get from other distributors, Schober replies: “Unfortunately not, they receive somewhat less — but the most possible.”

This is an important point. The best self-publishing companies have the true wherewithal to claim that they’re good for authors and an improvement over unjust and inefficient traditional publishing hierarchies. However, once authors are receiving less than half of the revenue from their books in exchange for mere distribution, it’s hard to see how such a platform can claim either an economic edge or moral high ground.

To be fair, this is neither the most important channel available, nor the first one authors will look at when comparing rates; and additional sales via another distribution channel are probably better than no additional sales at all. But the greater its potential for growth is, the more troubling the question becomes.

XinXii’s deal with Mondia Media makes its titles available not just in the German e-book stores of Vodafone, T-Mobile and Sony, but also internationally, a point the company is emphasizing strongly. This new channel should be understood in the context of the increasingly international focus of the major German self-publishing platforms. These companies are eager to expand both in more developed self-publishing markets like the U.S., where demand and acceptance is greater, as well as in less developed markets like Scandinavia, where competition is less and customers under-served.

Epubli, for example, recently created a separate dot-com domain in addition to its existing dot-de one. Max Franke, head of business development and communications, explains that many of its authors were already publishing English-language books, so it was a logical expansion: “epubli already offers German-speaking authors a platform to publish their work…At the same time, more and more epubli authors are taking the opportunity to also sell their e-books in English world-wide. Our expansion in the English-language market now provides English-speaking authors the opportunity to use our service and sales channels.”

Schober also views the expansion as a very natural one for XinXii. “We see ourselves as Europeans, and we wanted to address and support international indie authors and readers — not just Germans and Americans in particular,” she said. “That’s why we offer our platform and our customer and author support in many languages and distribute in leading international e-book stores like Casa del Libro in Spain for example. At the same time the readers can choose from three currencies to pay for their e-books, and the authors can do the same for receiving their fees.”

SURVEY: Do You Read Books on Your Phone?