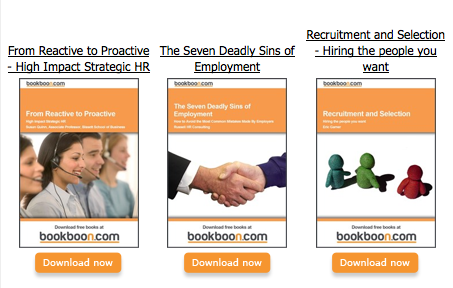 This summer, E-textbook publisher Bookboon.com conducted a survey of college students in the United States, the UK, the Netherlands, Germany, and Denmark. In total, nearly 10,000 students completed a questionnaire found in the Bookboon student newsletter and on Facebook, consisting of eleven questions regarding the use of textbooks. And the results can’t be good news for traditional textbook publishers. In the United States, over 75% of students decide not to buy the textbooks their classes require, in large part because students find textbooks too expensive and are discouraged by the simple fact that quite often, only a few chapters from the books are needed for study.

On average, US students spend $655 per year on required textbooks. But according to the survey, more than nine out of ten students find textbooks too expensive, resulting in the 76.6% of US students who make the decision not to purchase the required books. (In the UK, the numbers are even more startling, with 83.3% of students not always buying required textbooks.)

So instead, according to the survey, students are constantly on the lookout for cheaper options, including copying the needed chapters, finding online alternatives, or, in the case of 60% of those surveyed, buying their textbooks second hand. Indeed, only 25% of students buy their textbooks new, despite the recommendation of their professors to purchase the latest editions. (The remaining 16% of students find other alternatives, including borrowing or renting the required textbooks.)

Given this, it may not be surprising to learn that 58% of college students in the US prefer digital textbooks: students find them easier to carry, to read from, and believe they are cheaper.  But on the other hand, the survey results were very different in Europe. Bookboon’s COO Thomas Buus Madsen wrote, “American students are at least a couple of years ahead of their European counterparts. In countries such as German, the UK, and the Netherlands, only 30-40% of the students prefer digital textbooks.  Most European students stick to paper. This is partly because eReaders and e-textbooks are less available. Additionally, publishers, professors and universities in Europe are less active in promoting and adopting the use of e-textbooks compared to the USA.”

Of course to put the $655 yearly price tag for textbooks into perspective, consider this: a 2011 study done by the Student Health Service of the University of Pennsylvania showed that students in the US also spend roughly $900 a year on alcohol.  Perhaps, in part, to drown out their sorrow at spending $655 on textbooks.