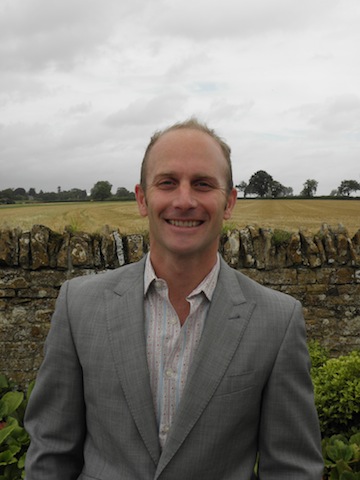 UK’s Igloo books has managed to double in size despite recession by working with supermarkets and discounters.

LONDON: UK independent publisher Igloo Books is bucking all the trends at the moment, finding growth in a flat market, doubling in size over the last two years and posting impressive increases in sales and profits for the year to the end of March 2012 — and all without the help of pornography or Amazon. Indeed, it must be one of very few publishers that sees Amazon as a target for potential growth, rather than a customer that has significantly helped it already. To date the publisher has occupied the value end of the trade, producing what were once called “promotional” titles across children’s, as well as a wide range of non-fiction titles for adults covering areas like cookery, reference, gift and lifestyle.  That proposition is now changing as Igloo becomes more of a full-price publisher, but its base at the cheaper end of the market has undeniably resonated with cash-strapped British consumers. In short, the recession has been good for Igloo Books. “The UK market has been working very well for us,” says CEO John Styring. “You’ll find our titles more in the value sector, in the supermarkets and some of the discount retailers who have frankly done quite well in this recession. We’ve also done well with some of the people who replaced Woolworths — that side of the market.

“But going forward, we see a lot of potential with people like WH Smith and Waterstones, and with Amazon who have been an untapped part of the business. We’ve put a lot of investment into illustrators and our imagery. We’re having illustrators that were working for Usborne or Penguin or Little Tiger coming to us and saying we like what you do, we’d like to work for you. Already, a lot of growth has come from that change in our product mix — people now see us more as a full-price publisher. There has been a change in the way we are perceived.”

Igloo has also brought more in-house, creating a profitable, publishing model, with around 50% of their titles generated by its own staff, now some 80 strong. “We’ve increased our publishing team from five to 18 in the last two years. Bringing more in-house gives us a much better handle on quality and lead times. One thing we do stand by is our service levels. If a customer, wherever they might be in the world, wants a book delivered on a certain date, and we commit to that, they’ll get it on that date and not two weeks later.”

Igloo has thrived, too, by being international, so that when one territory suffers, it can be off-set by a strong performance elsewhere. “We’re in 33 languages and 55 different countries. We’ve got a nice spread, which helps, so that when Greece happens, or Italy struggles, they’re outweighed by other markets. We’re growing in most of the well-known book markets. South America is strong, but we’re having terrible problems getting paid from Argentina at the moment — the government won’t let any dollars out.”

Although many of their children’s books have a tactile element which doesn’t translate to digital, that side of the business is inevitably set for expansion in coming months. “We’ve only done two e-books so far, but we’re about to launch 82 across iTunes and Amazon. We’re just stepping into that side. We’ve done some apps and we have a brand called Humf that has done well. Obviously, in children’s we’re looking at the picture book side so we’re reliant on the Kindle Fire coming out for the color.”

The company has made a strategic decision to grow in the US this year too, and to that end has recruited Doug Pocock, who was head of Egmont US. Pocock is also known to the British trade where he was Sales Director of Egmont UK.

Styring’s backgroud is in sales, having done spells with Dorling Kindersley and the highly successful value publisher Parragon. He started Igloo in 2003, initially selling publishers’ overstocks and then commissioning reprints, particularly on the fiction side, which they would sell to the value sector. “But every year we’ve spent more and more on new origination, new material. I think last year we spent around £1.5m on new origination and that’s what the model became: investing in new material. We’ve got a large backlist now which mostly reprints and reprints.”

Today, he owns the company with his partner, Briony, who also happens to be his wife. “We got married in August and had a separate reception for everyone at the office.” The term ‘office’ is misleading.  Igloo has a picturesque setting, occupying converted farm buildings in rolling countryside in Sywell, Northmptonshire, around 70 miles north of London.

“It’s a lovely place to work. There’s a company dog which visitors take for a walk, and there’s a family feel to the place. It’s so satisfying seeing people here doing a cracking job — people who have been with us from the start and who are now taking on more senior roles.”

Styring has ambitious plans, too. He hopes to double Igloo’s existing turnover, reaching £40 million ($63.1m) by 2015 — and this in the teeth of a recession. How many other publishers can say the same?