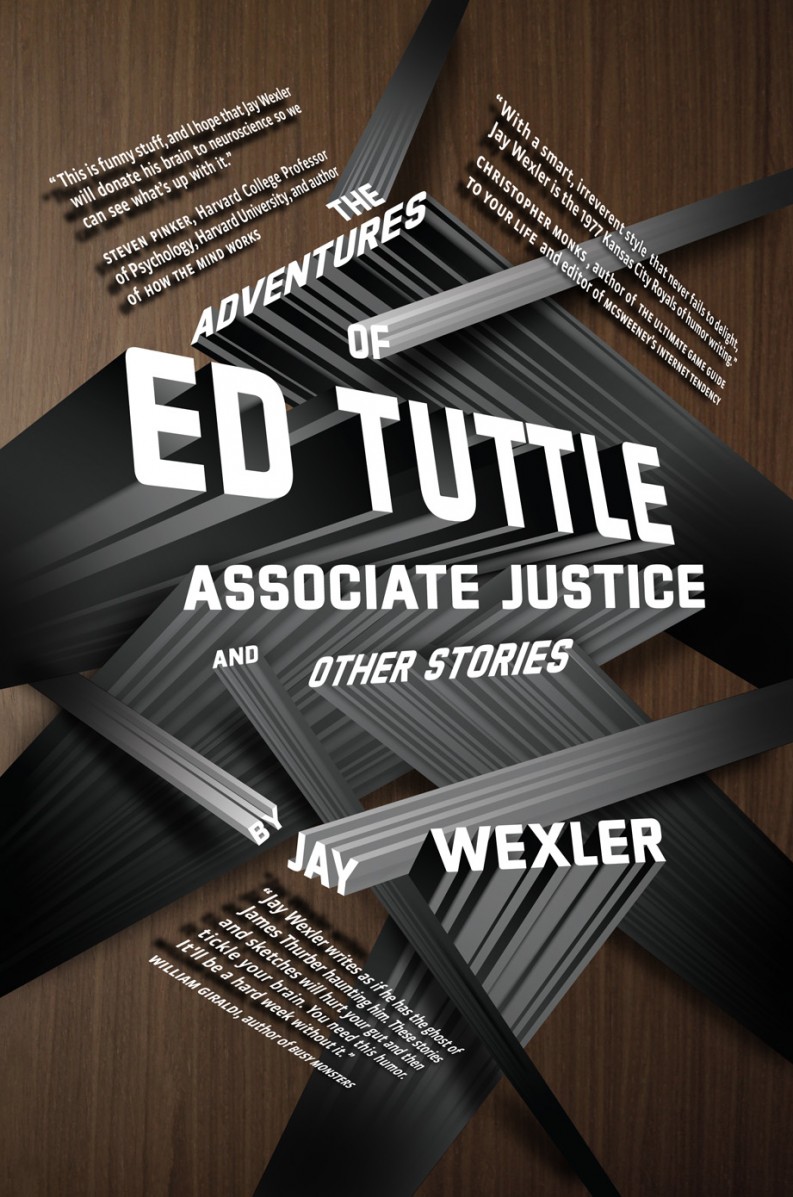 Like many writers, I often fantasize about what it would be like to publish with a big press. I mean, who among us wouldn’t want to have the support of a huge press run, sweet access to prime bookstore real estate, and a marketing campaign featuring full page ads in the New Yorker, billboard signs on major highways, and a yacht filled with Cristal to ferry us from bookstore event to bookstore event? Alas, I’ve never had the pleasure of signing up with one of these behemoths. I guess that somehow a sort of funny separation of church and state road trip book, a slim volume about ten quirky constitutional provisions, and The Adventures of Ed Tuttle, Associate Justice, and Other Stories, a book of borderline insane short stories peppered with terrible paintings of distressed fruit, have failed to pique the interests of our nation’s publishing top dogs.

Still, though, for my first two books I was lucky enough to team up with Beacon Press, a terrific small non-profit publisher in Boston that publishes mostly serious lefty non-fiction books, heavy on racial, environmental, and LGBT issues. The staff at Beacon is fantastic — everyone from my editor Helene Atwan (without whom my books would have, as we say in the publishing industry, “sucked”) to everyone in production and marketing and publicity — and it has been a joy and honor to work with them. Indeed, I’m looking forward to publishing my fourth book with Beacon sometime in the next few years.

But Beacon does not generally publish fiction, so when I was thinking about putting together the aforementioned borderline insane short story book, I knew they were out of the picture. What to do? One possibility, of course, would have been to not try and publish such a book—after all, almost all the pieces have been published somewhere or other, many of them on the web where they can still be accessed. But the fact is that I needed a new project, something that would take my mind off whether anyone was buying or reading or liking the book that had just come out (the quirky constitutional one) and would give me something to do other than checking the Amazon rankings fourteen times every hour, not to mention the fact that there’s something about having an actual book with all the stories in it that really appealed to me. So I started thinking about who might be willing to publish such a volume. Of course, unless you’re a literary superstar (or Molly Ringwald), getting anyone to publish a book of short stories is a long shot. I guess people don’t really like to read short stories, or something. Humor books, too, aren’t generally easy sells, so a book of humorous short stories already has two strikes against it. Add to that my interest in including the sad fruit paintings, and, well, you get the idea. This was not going to be a hot commodity in the board rooms of the Big Six.

The thing is, though, that I didn’t care. What I really wanted with this book was to have some fun. I had a brilliant artist friend who was willing to design the cover. I knew enough fellow writers that I was confident I could get some cool blurbs. I had worked before with a terrific publicist and had some money to hire her (an important part of this story, probably, is that I have a day job as a law professor and so not only had no need to make any money from the book, but also had a little extra around to spend on its behalf). I had gotten inspiration from listening to Steve Almond talk about self-publishing a couple of his little books and selling them hand to hand to his fans. I thought maybe I could do something similar.

I thought a lot about self-publishing the book, and I probably would have, if I hadn’t one day heard about a fellow law professor at Tulane named Alan Childress, who runs a very small publishing operation called Quid Pro Books. The press publishes mostly serious legal works, and it specializes in doing high quality e-book versions of the very top journals of legal scholarship, but according to its website, it also publishes some law-related fiction (including a book by one of my former professors). I figured it couldn’t hurt to send a query to Alan, pointing out that I’d be happy to provide a professionally-designed cover and to manage most of the marketing and publicity myself, and within a day or two of back and forth emails, we had basically worked out an agreement. An important part of the agreement involved a special financial arrangement concerning what Alan termed “trunk books,” so-named because they refer to books that I might carry around in the trunk of my car and sell to friends or strangers on the street.

So if you ever happen to see me tooling around in my 1997 Honda Civic with the busted transmission and only three working doors, hail me down. I’ll sell you a book, and cheap.

Jay Wexler’s new book is The Adventures of Ed Tuttle, Associate Justice, and Other Stories. His website is www.jaywex.com.

SURVEY: Given a Choice, Do You Self-Publish or Opt for a Small Press?