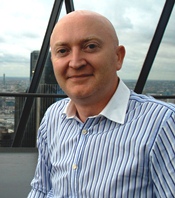 To Google content is a ready-made store of metadata that provides additional context for search.

LONDON: Google gave us a fascinating insight into how the search giant sees its future when it announced it would be buying the US travel guide publisher, Frommer’s, from Wiley. The price tag on the deal is tiny by tech standards at only $25 million (compare this to the $1 billion that Facebook paid for Instagram earlier this year), but its strategic potential to the search giant is enormous — and this is why. Up until relatively recently, Google has tried to position itself somewhere above the content business. Its objective as a search company was to provide the technology, platforms and services that would enable users to find the content they need and be sure they were getting it from a reliable source. By positioning itself as “neutral” (even though some people would argue it’s never been anything of the sort) it managed to make “Googling” the de facto course of action whenever someone wanted to search out a news story, a video or research a purchase.

It might therefore seem odd for Google even to think about buying a company like Frommer’s, which publishes travel guide books. Why should a company that has made billions by building technology that would allow it to leverage other people’s content invest in its own? Well, I think there’s one very good reason: context.

Frommer’s reputation rests on its ability to identify and describe physical places — be they tourist attractions or hotels — with editorial integrity. Over more than 50 years the company has been slowly assembling a kind of taxonomy for the travel experience, with the result that every year millions of travelers visit museums or book into hotels on the basis of a Frommer’s recommendation.

It’s this layer of contextual information that Frommer’s put over the real world that I would say makes the company so attractive to Google. The search giant is desperate to maintain its market leadership in search by making the results its engine returns to users more local, social and richer in context.

And to see what will eventually happen to all that guidebook information, we need look no further than Zagat, the publisher of crowdsourced restaurant reviews which Google bought last year. It quickly folded all the information that Zagat possessed on restaurants across 70 cities (location, contact details and ratings) into its Google Maps and Google+ Local services. This acquisition wasn’t about Google becoming a publisher, it was a clever play to make its local and social products more attractive to consumers. Google never really saw the value of Zagat’s books, or even its website. It bought its content to transform it into a store of metadata that would give people a reason to use Google+. And it only did this, according to The Financial Times, after its efforts to aggregate this information from sites such as Yelp and Tripadvisor resulted in a “backlash from those competitors.” Frommer’s content will now, as Google has already said, be merged into Zagat, and the intelligence it holds on 3,500 destinations worldwide will give global reach to a service that previously only covered a handful of major cities. The taxonomy of “good” and “bad” travel experiences that Frommer’s patiently developed over more than 50 years will be absorbed into Google’s databases and add meaning, color and interest to the online equivalents of these physical places. And if it doesn’t make Google+ a fun place to hang out (a criticism often levelled at the year-old social network) it will at least make it useful.

Another consequence of this move which will no doubt anger travel guide publishers worldwide is that services and information that were previously subscriber-only will now be free to anyone with a Google+ account. Yet beyond the paid vs. free argument, I would argue that it underlines just how fundamentally different Google’s view of editorial content is to publishers. To a publisher, a guidebook is a product and a revenue stream. To Google, however, content is a ready-made store of metadata that will ensure that whenever someone searches for “cheap hotels in London” the first result they see is one of Google’s own. And by being known as the search engine that delivers consistently better, more relevant and factually accurate information about places in the real world, Google gains an edge over its competitors, particularly when it comes to mobile search, which is where the real growth is.

Google’s decision to acquire publishing companies isn’t about putting them out of business — it’s about getting an edge over Facebook, Amazon, Foursquare, Yelp and its venerable old enemies Microsoft. These companies want the world’s attention, and see the content and editorial expertise that publishers have built up over centuries as a way to get it.

Andy Richardson is founder and CEO of Influential Software, and angel investor in the technology sector. Established in 1993, Influential has seen 20% annual growth over the past 5 years and now has 40 staff in the UK, with offices in London and the South East. Influential specialises in enterprise-level business intelligence and data-warehousing to ERP solutions, vendor selection exercises, and bespoke software development.

DISCUSS: Platform or Participant? Where Do Publishers Fall?