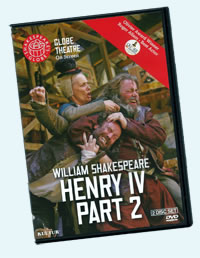 As Publishing Perspectives’ exploration of the works of William Shakespeare, The Play’s The Thing, moves on to Henry IV, Part Two, the third play of what’s known as the Henriad (or as the second play of the Falstaffiad if you so prefer), the question arises: Can a sequel ever be as good as the original? In this case, the answer is a resounding yes. As critic Marjorie Garber observed, “It is brilliantly constructed; it deploys characters and types with remarkable deftness; and its ear for language is unerring, from the ‘high’ (Henry IV’s lament on kingship; King Henry V’s accession speech), to the ‘low.’ Not only does it address some of the established symmetries of Part I…but it also powerfully explores what lies beyond them.” Add to that a final act denunciation of one of literature’s most beloved (and controversial) characters, and you have a play that can’t be missed.