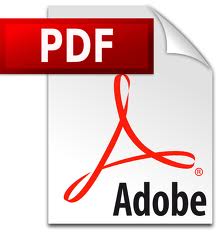 BookBake, described in today’s feature story, is a new e-publishing platform out of Cairo that delivers “enhanced PDFs” and Android apps. It works in English, Arabic, French, Spanish and Portuguese, suggesting the site is specifically aimed at developing e-book markets in the Middle East, Africa and Latin America (among others). Much of digital publishing started as simple conversion to PDFs, but as new and more robust platforms emerge, we’re seeing “walled garden” platforms push PDF publishing closer and closer to the periphery. At least in the more developed digital markets.

But are PDFs still viable — still key — for digital publishing, especially in the emerging digital marketplaces? PDF readers and markup programs are ubiquitous and cheap, require little-know how, and are easily accessible to almost anyone using a computer or smartphone. The answer would appear to be “yes,” but with the dominant international publishing platforms moving fast to capitalize on growing demand in these developing digital markets, the growth of “walled garden” platforms is inevitable, even if the humble PDF is the ground into which these seeds were initially sown.