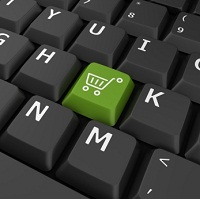 Truly effective reviews motivate you to buy a book you were not initially inclined to consider. Today’s feature story notes the opening of a new book discovery site, iDreambooks, that promises a “Rotten Tomatoes-like” experience for book buyers, one that offers a percentage approval rate of a book. Over 70% of books on the site now a “must buy.” Yet, as noted in the article, some very popular books, such as the Fifty Shades series, are not favored by critics. Could the many millions of book buyers be wrong?

Reviews can move books — provided they appear in particular venues: People, USA Today, the daily New York Times, to name just a few. But then, there are wonderful reviews that remain all-but-unknown to the mass market (to wit: the erudite Barnes & Noble Review run by James Mustich — who operated the late, lamented “A Common Reader” book catalog).

While it makes sense that people will buy those titles in which the topic already interests them and the review is favorable, truly effective reviews, in my estimation, motivate you to buy a book you were not initially inclined to consider.

So tell us, how often do you buy books because of reviews? And, note, this assumes you’re an avid book buyer — someone who likely buys two or more books a month.