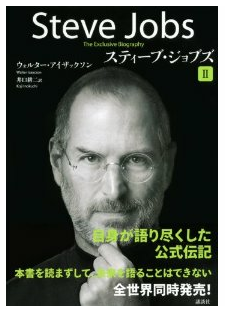 Until now Japan has been the Galapagos Islands of e-books, but as the Tokyo Book Fair opens this Thursday, change is imminent.

In 2011, the only significant e-book revenue in Japan was derived from manga comics. To develop as a mainstream market, a significant push was, and still is, needed from one of the handful of industry players with real clout. One of those players, Rakuten, announced in November 2011 their intention to purchase Kobo. That Kobo will be able to launch a Japanese service on July 19th this year is a truly impressive feat of rapid execution. Pre-orders for the Kobo Touch commenced on Monday with a price set at ¥7,980 ($100), well under the psychologically important ichiman-en (¥10,000) mark.

There is little doubt that Kobo and Rakuten between them will do more in the next 12 months to push the Japanese e-book market into the mainstream than the industry establishment has managed in the last 10 years. But two of the other potential factors from 2011 are also worthy of mention. First, Sony takes the prize for “Squandering a Leading Market Position.” For a couple of years Sony has been the go-to vendor for Japanese consumers interested in a dedicated reader, and its e-book store is perfectly serviceable if not ground-breaking. Sony, though, does little to market their service, has not launched reader apps for mobile devices and has maintained device prices at a level that screams ‘niche’ to potential buyers. ($250 for an entry level Wi-Fi enabled reader? Per-lease). Sony can comfort themselves with their position as technology provider to Pottermore but unless they radically shake up their approach they will be irrelevant in the Japanese e-book market  ex-Potter within two years.

Amazon’s a’ comin’ to town

Secondly, of course, Amazon. In Japan, like elsewhere, Amazon is loved as much by consumers as they are disliked by Big Publishing. The latter wishes to extend fixed pricing from printed books to e-books and fears a loss of control should Amazon get their hands on digital publications on wholesale rather than agency terms. Nearly three years have passed since The Japan Times reported that Amazon was aiming to work closely with Japanese publishers for a “win-win situation.” Still no local Kindle store. Jeff Bezos stated in May that Amazon will make an announcement this year in which the Japan Kindle launch date will be revealed. Announcing announcements is very metaphysical even for Japan but observers agreed that Bezos’ comments indicated a late 2012 or early 2013 entry. However, last week things got more concrete when Amazon.co.jp started running teaser ads proclaiming the Kindle is “coming soon.” With relatively little Japanese content digitized, Amazon may have been happy to sit things out for another six months while trans-Pacific management teams fine tuned their Japanese market entry plan. Kobo’s stunning pace appears to have startled the Seattle giant which, for the first time since the Kindle’s US launch, finds itself playing catch up in a major e-book market.

So, with Kobo and Amazon in the frame should we expect the Japanese e-book market and publishing in general to follow the path set by the US? Probably not. Leading publishers in Japan want the entire publishing ‘value chain’ (publisher -> printer -> distributor -> bookstore) to remain intact and will act to preserve the status quo ahead of reinventing the industry. Publishers often don’t digitize high-end hits, even after a windowing period, preferring readers to buy fixed price hardback editions in bookstores. The new Japanese content that is digitized tends to be the cheaper, less prestigious material. A recent notable exception was Walter Issacsson’ Steve Jobs biography which was offered as an e-book at the same time, albeit at the same price, as the hardcover edition (in Japan the biography was published in two parts with a combined price of $50 compared to a street price of about $17 in the US). Although digital coverage for new releases is still extremely spotty, there has been a flurry of activity in relation to backlists. A group of influential publishers formed the Shuppan Digital Kikou (SDK) with a broad mandate to promote digital publishing in Japan. Over 300 publishers, have endorsed the SDK and the government has committed nearly $200m of funding to digitize some one million books in part because some SDK activities will be undertaken in the earthquake and tsunami stricken Tohoku region. The SDK has commenced a program of assisting publishers digitize parts of their catalogues. This program has some issues, not least of which are unattractive terms (SDK requires a 20% cut of future revenues) and the fact that the vast majority, if not all, books produced by the SDK will be in a non-open format. The overriding problem though is that this expensive and distracting exercise attempts to solve a non-problem. There certainly are some activities that need industry wide co-ordination to succeed but the actual production of ebooks is not one of them. Publishers incapable of creating their own ebooks can engage the services of one of hundreds of specialist companies in the field.

Instead, a serious attempt to promote digital publishing in Japan would embrace one or more of the following suggestions.

Until now publishing in Japan has been a classic “Galapagos industry” — a commercial ecosystem large enough to survive largely without input or inteference from overseas companies. The industry is changing but it would be a mistake to think that the barbarians at the gate are the real threat to the Japanese publishing industry’s value chain. On the contrary, if Japanese publishers continue to pursue a ‘neither in, neither out’ approach to e-book publishing, they themselves will have forced the hand of product managers at Kobo, Kindle and other foreign entrants. The newcomers will have no choice but to seek out content, establish their own publishing arms and aggressively court the next generation of authors. I would hazard a guess that most of the resulting publications would be digital only.

When push comes to shove Japanese publishers can nurture these new entrants as sales channels or force them to become outright competitors. Which will they choose?

Robin Birtle is the founder of Sakkam Press, a publisher based in Tokyo and London. Robin can be contacted at robin[dot]birtle[at]sakkampress[dot]com.