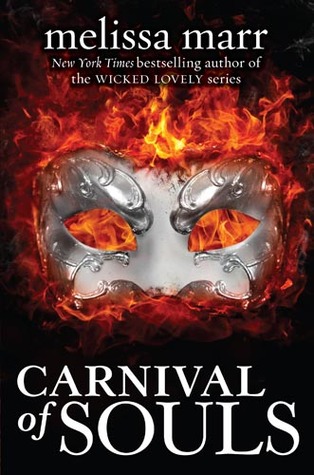 “The interest in the genre remains unabated. The desire to understand is urgent.”

It was wall-to-wall at the YA Buzz Panel early Tuesday afternoon, where an eager crowd had gathered at the Uptown Stage to hear Melissa Marr (Carnival of Souls), Jenny Han and Siobhan Vivian (Burn For Burn), Elizabeth Norris (Unraveling), Bethany Griffin (Masque of the Red Death), and Tonya Hurley (The Blessed) discuss the trends and their own process. YA does that to book events these days. The interest in the genre — what sells and why, what is and will never be compromised and why, and how it feels to set a youth-oriented imagination free — remains unabated. The desire to understand is urgent.

What’s Hot in YA Fiction Moderator Sabrina Rojas Weiss, senior editor of VH1 Celebrity, gave the panelists plenty of room to discuss their own work and their relationship to YA. Debut novelist Norris confessed to having written several “pretentious” Gatsby-esque novels before a conversation with one of her high school students set her on her current path: sci-fi thrillers. She likes a ticking clock, she said. She likes it when the stakes are high.

Hurley, who summarized The Blessed as being about three lost girls who are living avatars for long-ago martyrs, described her book as “basically a thriller” in which Brooklyn features as a character. Han and Vivian have written Burn For Burn as an attempt, they explained, to reclaim the past, to “take back the power” that girls too often lose in the face of rampant unkindness. Griffin’s Masque, brimming with gothic horror, is a reimagining of a Poe classic, while Marr has again returned to her roots as a scholar of folklore to produce a book populated by both demon and human dimensions.

Something supernatural, para, or otherwise unusual features into each of the stories. That doesn’t mean, these authors said, that trends dictate either work or themes. Many classic folktales, Marr reminded the audience, have para elements. And even those books that reside in the fantastic or fantastical must feel real and read as credible in order to succeed. “You have to have a great deal of realism in fantasy or it is not a compelling story,” noted Hurley, who, in addition to being the author of the fabulously successful ghostgirl series, has gained insights into the minds of teens through her work in TV and celebrity branding and publicity. In fact, none of the Buzz Panel authors are chasing the trends; they hope to define them. “Every trend starts with an amazing book,” observed Vivian. “As subsequent stories creep out from the epicenter, the work becomes more diluted. I try to keep away from the trends and find the one idea that could start the next trend.”

Asked to reflect on diversity in YA fiction, Marr, who is the bestselling author of, among other things, the Wicked Lovely series, indicated that she purposely gives no clues as to a character’s ethnicity. “I don’t want to impose my characters’ visuals on my readers,” she said. “These are fairies and demons. Why would I pick a skin color?”

Norris responded similarly, saying, “I don’t want to give a lot of detail in terms of how the characters look. A lot of that can get info-dumpy.”

Big in Latin America, Europe and Everywhere in Between

When asked about how American YA fiction is translating overseas, Hurley revealed that the ghostgirl series has done so extremely well in Latin America, Mexico, Spain — thanks in part to its Day of the Dead themes — that they are known as blockbusters there, as “crazy successes.” Marr’s Wicked Lovely series has sold in 27 countries, Marr said, and became a bestseller Australia, Ireland, France, and Germany; Marr’s middle grade book has been hugely successful, she said, in Brazil. Jenny Han has enjoyed similar success with her series of Summer books now translated into 18 languages. Featuring love and beaches, these stories are easily transported, said Han — easily translated not just into words but into cultures. Far harder to sell internationally, Han said, are books with particular American locales or traditions at their heart.

With all the authors now at work on new books, it’s clear that the stories they are writing are stories that erupt from their own passions and, sometimes, from the conversations with the students they teach or the readers with whom they interact. While not all the authors define themselves as YA authors — Marr, for example, prefers to think of herself more broadly, as an author — all of them are clearly committed to producing books that they hope will engage their readers, even embrace them.

“Literature teaches that you are not alone,” said Griffin. “When kids read, they can put themselves in someone else’s shoes.”

DISCUSS: What Was Your Favorite YA or Children’s Title of BEA?