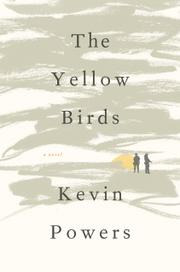 BookExpo America primarily caters to independent booksellers — and as such, publishers go to great lengths to create buzz around particular titles. Walk into any booth and an editor/marketer/assistant will likely place a galley in your hand and tell you “this is the one!” And it works — you can trace the success of titles ranging from Jonathan Franzen’s The Corrections to Elizabeth Gilbert’s Eat Pray Love to Chad Harbach’s The Art of Fielding to early BEA buzz.

This year, I walked away with several galleys, but the one I dug into immediately was Kevin Powers’ The Yellow Birds (Little, Brown), about a pair of young soldiers in the Iraq War, which grabbed me with its poetry and voice.

And you? Which title did you walk away with that left the biggest impression?