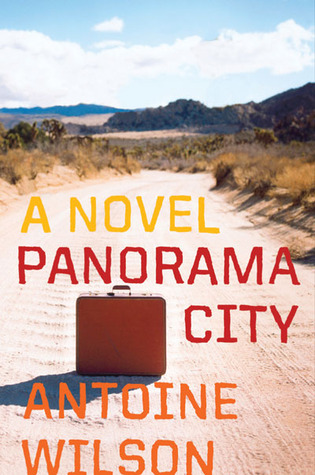 “The publishing process asked a lot of me.  I had to keep seeing how things would be one year down the line.”

For more than ten years, Ron Hogan has facilitated literary conversations — through his blog, Beatrice and through such live reader events as Lady Jane’s Salon.  Hogan’s a fixture.  He loves good books. It was no surprise, then, to find him at the center of the Meet BEA Adult Buzz Authors 2012 event held on the Downtown Stage this past Tuesday. Four authors — British actress and playwright Rachel Joyce (The Unlikely Pilgrimage of Harold Fry), Vaddey Ratner (In the Shadow of the Banyan), Susannah Cahalan (Brain on Fire: My Month of Madness), and Antoine Wilson (Panorama City) — fielded his questions, yielding insights into authorial obsessions, personal histories, medical redemption, the art and deliberate artifice of voice — and what really goes into making a BEA buzz book.

These are writers who have written from places of great knowing, as well as from the need to find out. These are writers whose real lives have been transfigured and transported — they write fiction, mostly, except in the case of Cahalan, whose memoir about being struck down by an autoimmune disease could only be written after exhaustive research was done. Cahalan has, she said, no recollection of the month she lay bound to a hospital bed, suddenly seemingly insane. She had to become medical sleuth, a relentless reporter into her own life, to finally understand what happened and why — and how her story might inspire and help others. In making her memoir, Cahalan found literary inspiration in The Night of the Gun, Girl Interrupted, and A Year of Magical Thinking. Wilson, whose Panorama City brings 28-year-old Oppen Porter to life (even as poor Oppen believes he is dying and must therefore record his life story for the benefit of his unborn son), spent a long time finding the voice that carries this novel forward. “When I began, my son was about to be born,” Wilson said. “By the time I had finished the book, four years later, my father had died.” The emotional core of Oppen’s voice came, said Wilson, from being in the same place as his own character. “I ended up seeing the world through my own childhood,” he said. The novel is “like a Vitamix. Everything went into it.”

Joyce’s book is also a fiction that carries forward real life; the seeds for The Unlikely Pilgrimage of Harold Fry, a novel about a retired man who takes a very long walk toward a dying friend, were planted when Joyce’s own father was dying. What had started as a radio play began to consume Joyce, she said, until all she really wanted to do was write the novel. “I became more and more compulsive, more obsessive,” said Joyce, about this book that takes her protagonist toward many of the places and people that Joyce herself loves. “I always knew what would happen to Harold Fry,” Joyce said. “But, as in real life, Harold didn’t know what would happen to Harold.”

In the Shadow of the Banyan, a debut novel based on Ratner’s own childhood as a survivor of the Cambodian genocide, was a long time in the making. “I wanted to capture Cambodia before it became The Killing Fields,” said Ratner, who tellingly named Michael Ondaatje as inspiration. “I always had a clear vision of how to write the book.” It was important, said Ratner, to infuse the book with the lyricism of her native tongue, to carry readers through a politically challenging story, to infuse the book with beauty, even in the midst of terror. Ratner, a summa cum laude graduate of Cornell, took one creative writing course in college before she decided that studying writing formally might “introduce too much interference” into her own storytelling methods. This book is very much her own. With the books set to be launched a few months hence, the authors are gearing up for tours, more questions, broad reader reactions. None of that, however, will likely dim for them the hard, lonely work that went into making — and living — these stories. “For a long time I felt that I was in the woods with a compass and a gun and somewhere out there was a bear,” said Wilson. “The publishing process asked a lot of me. There were roadblocks throughout…I had to keep seeing how things would be one year down the line. It’s rewarding to see Oppen out in the world.”

DISCUSS: What Was the Most Memorable Adult Title from BEA 2012?