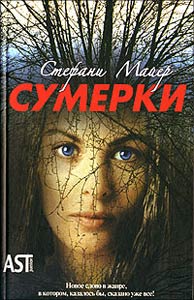 “It was a world populated by Soviet characters bought by mothers and grandmothers.”

As part of the “Read Russia” program at this year’s BookExpo America, several leaders in the field met to discuss “Children and Young Adult Titles in Russian Publishing”: Nasonova Alla Yurievna of DETGIZ Children’s Publishing, Attikus Group CEO Arkady Vitrouk, Egmont-Russia CEO Lev Elin, Rachel Love of National Geographic and Sergey Tishkov of Publishing Group Ripol Classic. What they had to say, with a few exceptions, did not bode well for the future of Russian publishing. In Russia, according to a study by Olga Ro, co-editor of Russian Book Industry Magazine, 6% of the titles published in 2011 were children’s and YA books; but of those, over 51% were picture books, while a mere 2.5% were for young adults. And over the past three years, print runs of children’s and YA titles have declined by over 20%. There are now fewer than 3,000 bookstores in all of Russia, roughly the same number as in 1913. The best-selling picture books are generally traditional favorites from the Soviet era given as gifts by parents and grandparents. Best-selling YA titles include Twilight and Harry Potter.

What are the problems facing Russian children’s book publishers? One major issue is one that is facing publishers around the world — increased competition from all forms of media. Lev Yelin described the situation as sad: “Even in faraway regions, there is now the opportunity to have access, for the equivalent of four bucks, to 20 TV stations, the same price as for one book. Which one do you think most people will choose?”

A lagging economy and rising costs are another factor, argued Sergey Tishkov. “The situation isn’t any good. Because of money and salaries, books are becoming more expensive and in a few years will be priced like in America.”

Vitrouk pointed out the lack of advertising for children’s books, and, interestingly, the lack of the kind of major awards that can bring attention to worthy books. “There’s an award for Book of the Year and such, but they’re not widely recognized. And an award from the St. Petersburg Library Union does not guarantee that it will be recognized as a book that is interesting and useful for children.”

Russian politics plays a role as well, explained Yelin. “Until 2000, it was impossible to get into preschool books with international brands with the exception of Disney. Teletubbies? No — that meant promoting non-Slavonic characters. It was a world populated by Soviet characters bought by mothers and grandmothers.”

But ironically, it was those very same politics that have helped to open opportunities in the west, Yelin said. “Putin for years had been under siege by Disney, who wanted to buy a TV channel. Putin finally gave in, and was immediately criticized by ultra-nationalists. With a week, a new decree was in place authorizing money for Russian animation.” But while the animation has introduced new characters to Russian children, and Russian characters that have proved popular enough to become the basis for children’s books, it’s being done in collaboration with Hollywood animators, with Hollywood scenarios. “It’s not Russian Russian,” said Yelin, “it’s absolutely international.”

In one hopeful sign, DETZIG Children’s Publishing, which, at 70 years old is the oldest children’s publishing house in Russia, has, for the last few years, been holding a festival of new Russian authors, while at the same time it has been purchasing the rights to one to two international titles per year — French poets who have never been translated into Russian, for example, and a volume of Japanese folk tales. “We’re doing print runs of 5,000 of each title,” said Yurievna, “and we’re still experimenting.”

Finally, Arkady Vitrouk pointed with pride to last year’s Festival of Literature Classics, in which 2 million young readers from all across Russia gave live performances of classic Russian texts. “When you see something like that, with such strong performances of sometimes difficult texts, there’s hope.” And it’s that hope that keeps Russian publishers going, that keeps the hope of a renaissance in Russian children’s publishing alive.