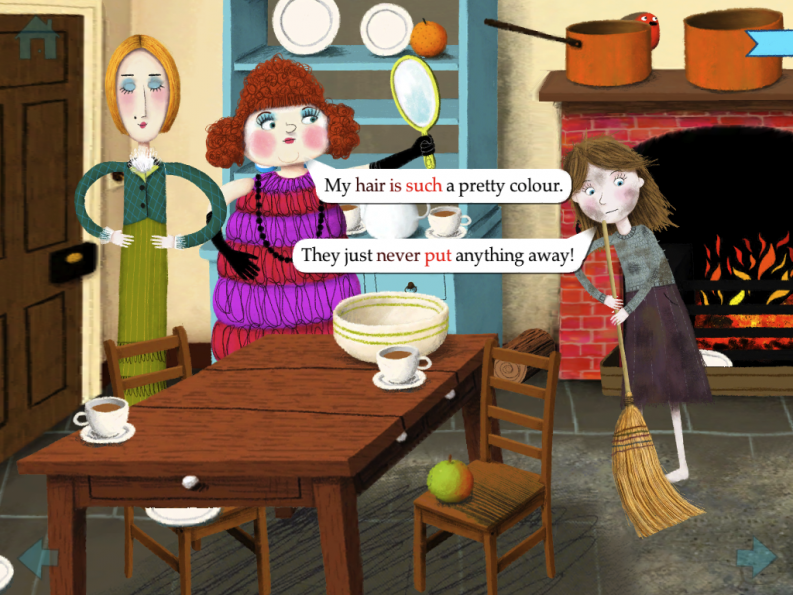 “No one can promise that technologies like this are a magic bullet that will single-handedly teach a child to read, but I think they are a welcome contribution.”

Independent children’s book and app publisher Nosy Crow announced that it will release updated versions of its award-winning story books as apps that include word-tracking technology to create highlighted read-along texts. The words turn from black to red in time with the reading. The multi-award winning 3-D fairy tale apps The Three Little Pigs and Cinderella, as well as the highly acclaimed Bizzy Bear apps, Bizzy Bear on the Farm and the soon to be released, Bizzy Builds a House, will all include the new feature. App updates were made available on iTunes on Monday, June 11, and Bizzy Bear Builds a House will be released on Wednesday, June 20. However, there are questions that arise (or that should arise) with this enhancement as well as with any enhanced app: What does this enhancement accomplish? Does it improve literacy? Is it a distraction? Why add it now? Tom Bonnick, Nosy Crow’s Digital Project and Marketing Manager said, “We’re introducing this feature now for a number of reasons. There isn’t any definitive research showing text highlighting in apps has a direct impact on rates of literacy in child-users, and we have, in the past, been hesitant about introducing it and giving the impression that it would achieve something that it wouldn’t. But what we do think is that it will have a positive effect for both early readers and pre-literate app users in creating links between words and meaning, and the ability to ‘decode’ a text. No-one can promise that technologies like this are a magic bullet that will single-handedly teach a child to read, but I think they are a welcome contribution.”

Bonnick adds that the company is happy to be introducing the app for a number of reasons. “It chimes with our belief in taking advantage of the technology on offer in an iPad and we think we’ve introduced it to our apps in a way that’s thoughtful and ‘works.’ It’s something we’ve added in response to feedback from parents and technologists, and we’ve very happy with the way it has been integrated into our story-telling apps: as something that enhances, rather than distracting from, the experience of reading.”