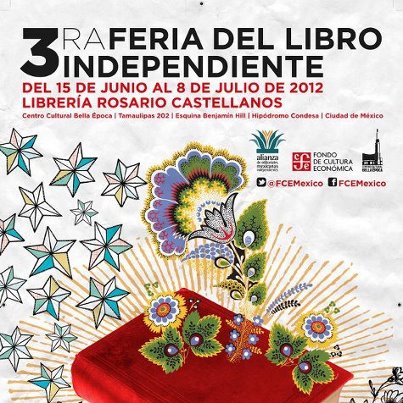 Sixty-five small and tiny publishers are participating in the third annual Independent Publishers’ Fair, with the objective of promoting book industry policies derived from the Book Law, including the fixed-price system already mandatory in other Latin American countries (such as Argentina). The fair, which gathers publishing houses of high cultural value, takes place at the Palacio de Bellas Artes, in the heart of the old town of Mexico City.

The event offers at least 40 alternative cultural activities and fea Cultura tures over 2,000 poetry, fiction, short fiction, philosophy, social science and children’s book titles. The fair is organized by the International Alliance of Independent Publishers, led by Deborah Holtz, and has attracted Fondo de Económica, one of the most respected Latin American publishing houses, as one of its financial backers.

Although the economic impact of the fair is negligible — their total sales in 2011 were a modest US$25,000 — its cultural impact has been strong. Holtz stressed that the adjective “independent” is a euphemism, since many of the publishers are viable thanks only to generous subsidies and backing from government institutions and private initiatives. “Independent is to say that our editorial decisions are made regardless of market trends and the fashionable books that they foster.”