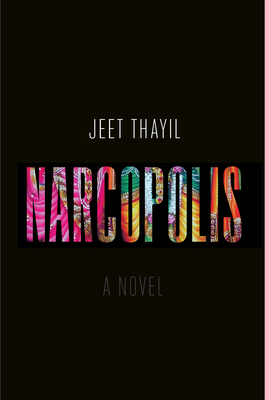 Jeet Thayil’s searing, semi-autobiographical debut novel Narcopolis tells the “secret history” of Bombay through the lives of a beautiful eunuch prostitute, an elderly Chinese man, a violent businessman, a postmodern artist, and others who frequent an opium den on Shuklaji Street. Narcopolis grapples with deep existential and social questions, avoiding easy answers and deviating from the more sentimental tone you sometimes find in other Indian novels that are popular in the United States. Thayil’s impressive background as a journalist, musician and poet are all on display in the rhythms, lyricism and accuracy of his nonlinear account. He spoke to Publishing Perspectives by email.

PP: Because of the subject matter, some readers have compared your book to Thomas de Quincey’s Confessions of an English Opium Eater or William Burrough’s Naked Lunch. Who would you cite as your influences as a writer, including both Indian and non-Indian authors?

Like everybody else, I’ve had different influences at different stages. During the writing of Narcopolis it wasn’t drug literature I was reading, I finished with that in my teens and early twenties. I was reading the Russians, particularly Dostoyevsky, and most particularly The Brothers Karamazov. In some ways, Narcopolis is a Russian novel, in other ways it is American. But only an Indian could have written it.

When you say only an Indian could have written it, are you referring to some aspect of “Indianness” that goes beyond the novel’s placement in an opium den in Bombay?

I mean the insider information about Indian society that comes from observation and participation. Also, I think there’s a kind of familiarity bordering on contempt that only Indians seem to feel about their own culture.

There are many characters and elements in Narcopolis that I could see as being controversial to Indian readers, though probably not many Western ones. Has Narcopolis been well received by readers and critics in Bombay and India more broadly?

I knew Narcopolis would not find its readers immediately. I expected an adverse reaction in India, but I didn’t expect it to be quite as adverse as it has been. There’s a new prosperity and a new jingoism here that doesn’t account for dissenting views. The rich have become richer and the middle class has expanded, but the poor, who outnumber everybody else, have stayed poor. This is something the middle class prefers not to think about. And they certainly don’t want it written about in a book that might be read by people in other countries. Outlook magazine said: “Sleaze sells India like nothing else can. So Narcopolis tries.” A newspaper called DNA said it was “one of the worst novels written in the English language anywhere.” And Tehelka said the book was “like waiting for a really long goods-train to trundle by.” Interestingly, the bad reviews were only in India, even the Pakistanis have been more generous.

Do you feel your book fits into the large body of Indian novels that have also been published successfully in the United States over the past two decades by authors like Salman Rushdie, Vikram Seth or Arundhati Roy? How so?

I don’t think Narcopolis belongs to a school of Indian fiction. There are superficial points of commonality, but the milieu in my novel is as far from the world of middle-class Indian writing in English as it is possible to get. Which explains the apoplectic response of reviewers.

Do you feel there is any precedent for the publishing of a book like Narcopolis?

Plenty of precedent in the United States and in Europe, but none at all in India.

When you were at the Jaipur Literary Festival, you and three other authors read from The Satanic Verses, a book banned in India. Had you engaged in other forms of protest before? Is there an element of activism in your portrayal of Bombay and/or religion in Narcopolis?

I’d always thought that kind of protest was futile and attention seeking and until the very last moment I didn’t want to do it. But when I was told that Rushdie would not be coming to Jaipur because the Indian government wouldn’t or couldn’t guarantee his safety, it seemed worthwhile. I’ve never considered myself an activist. It’s much too grand and self-important a description for someone like me, who spends most of his day sitting at a desk. That said, my portrayal of the poor in Narcopolis was an attempt to redress the balance, to claim something back for those who are never, or very rarely represented in Indian fiction.

The first sentence of Narcopolis came pretty late in the writing of the book. I knew I was running the risk of turning some readers off, but it was a risk I was willing to take. I also think it’s possible to skip the prologue and not miss much in terms of narrative, if you are the kind of reader for whom narrative matters more than atmosphere, or language, or style. I’ve been a reader all my life, and plotline has always been secondary. It might be true that you end up writing for readers similar to yourself.

It’s one of the strengths of the book that it takes so many kinds of risks and feels so uninhibited. Was it difficult to find an agent or publisher willing to take it on?

David Godwin took me on when I first started working on the book, before I knew it would be a novel. (It started as non-fiction.) Almost every Indian publisher rejected the book, but Lee Brackstone at Faber grabbed it. Those were the most important pieces of luck that came my way, with my agent and editor. They were the champions of Narcopolis.