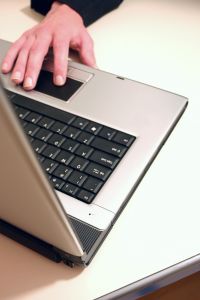 Is fanfiction a legitimate genre? Copyright infringement? Or something altogether unique?

Fifty Shades of Grey started off as Twilight fanfiction, using the characters of Edward and Bella as a template and then added sex. Now that the books have sold over 12 million copies through their “legitimate” publisher, Vintage Books, the genre is getting some serious commercial credibility. But is fanfiction a legitimate genre? Copyright infringement? Or something altogether unique?

Want to keep the dream that was Firefly alive? Go for it.

Want to add an alternative ending to an episode of Mad Men? Write it yourself.

Want some alt-history in which Abraham Lincoln is a vampire hunter? Done.

Want an award-winning novelistic riff on Edgar Allen Poe’s The Narrative of Arthur Gordon Pym of Nantucket? It’s yours.

The real question might be rather than “is fanfiction a legitimate genre” — when is so-called legitimate fiction actually a variation fanfiction?

One thing that’s certain: it’s impossible to ignore something so very popular. And if it inspires people to read and write more, then all the better.