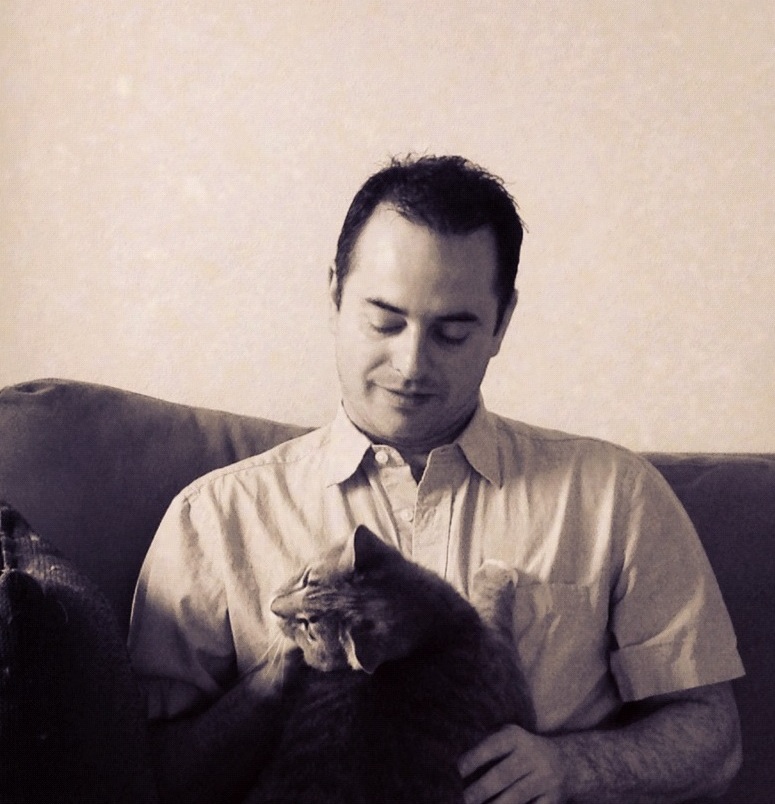 I want to start by apologizing for not being there in person. As Alistair [Burtenshaw, director of the London Book Fair] probably explained, I ran into visa difficulties in the Atlanta airport and was sent back to Rochester, NY…Which is pretty much like South Africa minus the sun. Or something.

Before getting into the bulk of my speech, I want to give you a brief overview of my background. I haven’t worked in publishing all that long—I started at Dalkey Archive Press in 2000 after working in independent U.S. bookstores for a couple of years, and now head up Open Letter Books at the University of Rochester in upstate/western New York.

Open Letter Books started in 2007 with the express mission of publishing and promoting all literature in translation. Our core activity is publishing ten works a year (primarily fiction) from all over the world. We’ve done books from Iceland, Croatia, China, Norway, Argentina, Russia, and Catalonia to name a few places. Most of these works are from the latter half of the 20th century, but some — like Ilf & Petrov’s The Golden Calf — are more “classic” in nature. When I’m asked to definite our aesthetic, I say that we’re after books that are unique, that bring something to the English reader that is fresh and new and exciting. It may be in the form or wordplay, or overall structure, or in terms of content. But we believe books are most interesting when they embody the power to change and open minds—and that this is worth valuing over sales potential.

But publishing is just part of it. We are probably more well known for the work we do in promoting international literature to English readers, mainly through our fairly popular website, Three Percent. (Which is named after the commonly cited statistic that 3% of all books published in America are in translation. That stat is probably false. The number is much closer to 1%. Or maybe even 0.3%.) Three Percent is multifaceted: it’s a daily blog about international literature and publishing, a review site, home to the Best Translated Book Awards and the Translation Database, and a place for rabble rousing about anything related to book culture. Most importantly, it’s one of the main places where we facilitate a connection between creators (authors and translators and publishers) and readers. I’ll come back to this in a bit.

Just for the sake of completeness, Open Letter also runs the Reading the World Series at the University of Rochester, bringing together translators and their authors to talk about the art and craft of translation, and we are involved with the University’s translation programs for grads and undergrads.

As you all know, the book world is a really interesting and strange place. In teaching my “Intro to Literary Publishing” class, I’m constantly bumping up against tensions in the book world that expose very paradoxical interests — most of which are related to the omnipresent tension between viewing books as cultural products versus normal economic goods.

This art vs. commerce tension has been present in almost all facets of the book world for basically ever. I don’t want to turn this into some sort of remedial publishing history session, but it’s worth noting a few choice anecdotal “paradoxes” that shape our industry:

My Experiences in the Small Press World

I’m sure most all of you know those things already, and more than half of you are itching to insert all the arguments and details that muddy the waters of all those paradoxes. My point in bringing that up though is this: when deciding to start a publishing house in America—in particular one that’s dedicated to promoting international literature — I was able to survey the problems plaguing traditional publishers and try and find a way to set up Open Letter to accomplish what we wanted to accomplish, which is finding readers for books that challenge the status quo, often just by having been written in another language.

One important note: Open Letter is a nonprofit. I knew in setting this up that I didn’t want to try and become a millionaire off of selling books (is that even a possible thing?), but that I wanted to share literature I think is important with other people who would also find it important. So we set forth a number of principles that have guided Open Letter over the first five years of our existence, and which are detailed below.

Before getting into that though, it’s worth dwelling on the “paradoxical” crux of our situation. As one of the only publishers of international literature in America, we are overwhelmed with excellent editorial possibilities from all over the globe. Unlike presses focusing on English literature, we don’t ever really enter into bidding wars over hot new books, and we’re never at a loss when trying to find high quality titles. But there’s a flipside: For all our quality, we have an incredibly difficult set of obstacles to bringing these books to readers. We’re small, therefore ignorable by everyone from the New York Times to the local bookstore in Omaha, Nebraska, and we publish books by authors with “unpronounceable” names, which are supposedly a huge turnoff to American readers.

We can publish the best books in the world, but getting them into the hands of readers—at least through traditional means—is a massive challenge.

Here are the main things we thought about in setting up Open Letter:

The Right Book at the Right Time

As was stated in a Wired interview about Netflix a few years back, if the 20th century was all about solving distribution issues, the 21st will be about sorting demand. What I mean by this is that in today’s day and age, any reader can get whatever book they want, wherever they are. (This is true both for print AND e-books.) It’s crazy to think of how recently this situation has come about. The chains may have stocked what seemed like an infinite amount of books when they rose in the early 90s, but that’s nothing compared to Amazon’s limitless database. Not to mention, my home town still doesn’t have a physical bookstore.

So what does this mean? We’re used to being guided in our cultural decisions through reviews, displays, book club fanaticism, etc. The human brain is pretty decent at deciding what it wants when there are 8-12 options available. Which makes “Bookseller Recommendation” displays that much more effective. The brain doesn’t deal well when there are too many options, instead seeking out something tried and tested and true. And now that you have an infinite amount of books to choose from and an infinite number of minor cultural tastemakers, what guides your choices?

My girlfriend was joking with me the other day about a statement I made about how I was “reading a book I shouldn’t be reading at this moment.” And she’s right, that statement does sound dramatic…or does it? I could be reading anything, so why not find the book that is the perfect book for me at this moment?

Obviously, it’s almost impossible to determine what this book would be, which hasn’t stopped people on both sides of the equation—publishers and readers — from trying to figure out how to “sort” this. There’s GoodReads, which blends its social aspect with an algorithm to make recommendations. There’s BookLamp, which breaks books down into themes and makes recommendations. Small Demons, which focuses on the proper nouns and cultural touchstones found in books. There’s Amazon’s “who bought what” algorithm.

“Discovery” is a hobbyhorse of mine, but that’s yet another speech for another day—one that could go on for hours. Since there are others to speak, and questions to be asked, let me try and tie all this together.

The Long Term Is the Only Race Worth Winning

We have entered a confusing age in the evolution of books and publishing. After ages of conglomerations conglomerating and other inward mingling trends (e.g., B&N making the same books available everywhere in the country, like McDonalds hamburgers), the world has suddenly fragmented. Certain books are only available on Amazon, there are 10,000 for every sub-genre of a sub-genre, and readers live everywhere, accessing it all in a plethora of ways.

This is daunting to some, exciting to others. For a small press looking to do books that fit a particular niche (a la Open Letter), this is a fantastic situation. Unlike years past when we fought for space in the same five review outlets and tried to convince the same booksellers to handsell our books, we can now go directly to our customers, and can cultivate an audience in ways that never existed before.

So, to sum this all up into one list of tips and anecdotes, here are some thoughts on how authors, translators, agents, and publishers can take advantage of this situation:

DISCUSS: Will the Digital Age Be a Golden Age for Small Publishers?