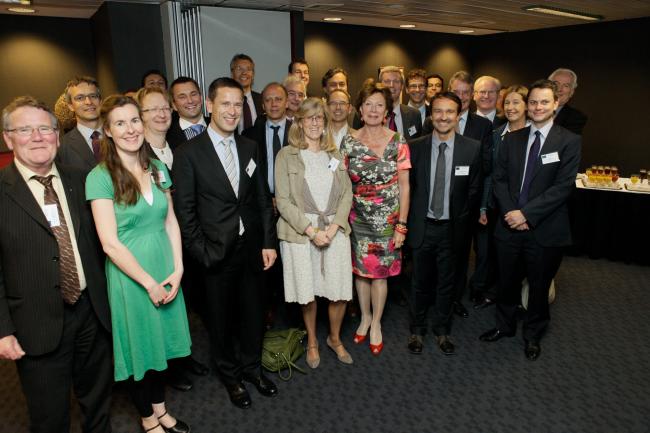 Could that change? Surprisingly, it might be the European Commission that makes it happen: “Participants stressed the need to urgently address different approaches to VAT on paper and ebooks. They confirmed that availability of ebooks and portability across platforms and devices were key challenges to address in developing this EU-wide market. They signed a declaration endorsing the principle that there should be no barriers for consumers to acquire ebooks across territorial borders, platforms and devices. No participants objected to the declaration which remains open for signature.”

The press release is as follows:

Publishers called for reduced rates of VAT for ebooks and Neelie Kroes has reassured them that she was standing behind them on this issue. The goodwill has to come from the Finance Ministers. All participants insisted that any cost saving coming from the shift from printed to digital was ‘washed’ by the VAT difference between printed and electronic books.

The publishers present also insisted on the importance for the reader to be able to be able to choose devices and platform on which s/he buys his/her books and to move their elibrary with them without constraints. Everyone agreed that portability was more an issue of business models than to technical complexities.

The publishers also insisted that they are signing licences with authors allowing them to distribute the books in a said language on a pan-European basis. There is no obstacle in the contract between publishers and retailers which prevent these retailers to sell a German ebook to Greece or a Spanish ebook to the United Kingdom for example.

The publishers reminded that this was not only about distribution but it was also about creation, their role was to nurture authors so they write the best books and then to make sure that as many readers have access to as many books as possible, this is an issue of cultural diversity. Hence it is crucial to avoid monopolies and to the contrary make sure that all the books potentially find their audience.

Concluding the event, Mrs Kroes welcomed the dynamism of the sector and committed to help the sector to continue its growth. She was optimistic about te willingness of the sector to be present on all platforms, for all EU readers to be able to have access to books whatever their location is.

(Thanks to Javier Celaya for the tip).