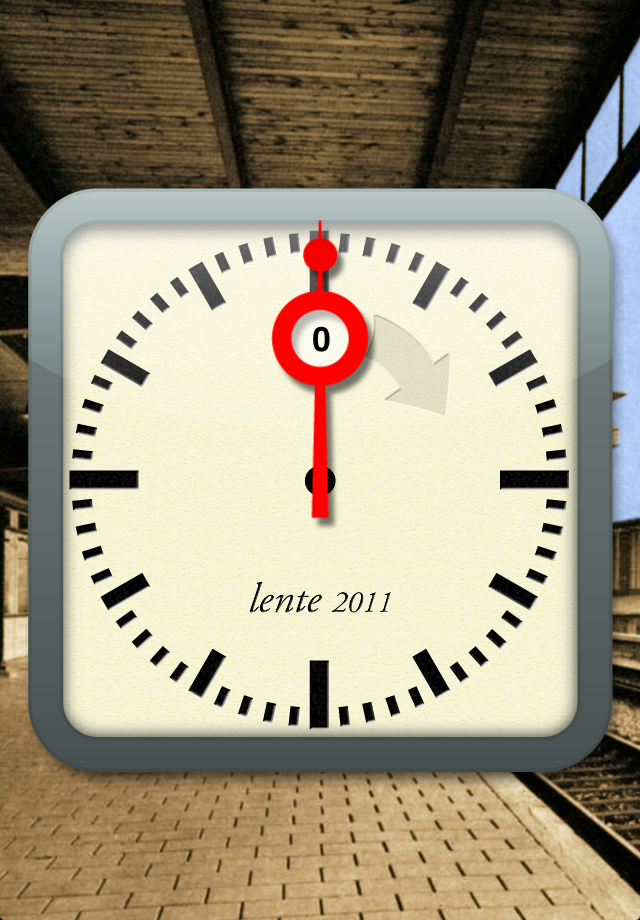 AMSTERDAM: The omnipresence of smartphones and tablets has led three Dutch literary publishers (Querido, Nijgh & Van Ditmar, Athenaeum) to create an app for reading on the go. The first idea was to do something with the lost time when waiting for a bus or train that is running late. A lot of people turn to their smartphone in those situations, checking the news, the weather forecast or even worse, their email. As an alternative, the Delay App offers stories and novel-excerpts tailored to your ‘delay:’ as a reader you can choose between stories that take you 5, 10, 15, 20, etc. minutes to read. Stories and books in the app vary from classic to modern, written by both Dutch and international authors, such as Arnon Grunberg, Anna Enquist, Roddy Doyle, Franz Kafka, Elia Bárcelo and many others.

It’s different than having an e-reader or tablet with your own collection of e-books on it, since the app offers a (surprise) collection of stories from authors that you do and don’t know, enabling you to discover forgotten classics, rising new authors or the first two chapters from a bestselling writer. I suppose the quote from a Dutch newspaper says it best: “If your train or bus is late, your mobile phone transforms into a book.” The Delay App was published as a digital collection of stories, selected on reading length and not as a reissue of a previous collection in print. The publishers chose a paid model, selling the app for €2.99 and €0.79 at the time of introduction. The price was much lower than most e-books of that volume (the Delay App contains over 300 pages of literature), but was in line with other book apps in the Apple App Store.

Consequently, we the publishers offer a royalty of the income made through Apple to the authors whose books or stories are featured in the app. Some might argue that the app is also a promotional tool and that this could be an argument not to pay royalties, but as long as we are offering it as a paid app, the publishers feel they should pay royalties just the same as you do when publishing an e-book. You might want to give Arnon Grunberg a chance.

Publishers abroad recognized the potential and have bought licenses to publish the app in their language. German and Swedish editions of the app have already been released by Kiepenheuer & Wietsch (German) and Bonnier (Swedish). Both companies have initially chosen to use the paid-for app as a model, with the Swedish version (Dötid) reaching #1 of all paid book apps in Sweden. We’re also confident that more publishers will follow.

The creators of the Delay App have learned an important lesson from their pioneering year as well. Even though the number of 10,000 paid downloads in a year is nice enough for a collection of stories that is also a promotional tool — and one that vied with Angry Birds for the top spot in the Dutch app store during its first week of release — the revenue was always going to be modest, especially at the low price of €2.99 and €0.79.

It then took just one experiment to convince the publishers that the freemium model was the right way forward. After offering the Delay App for free during a single day resulted in 10,000 downloads in 24 hours!

Obviously, a free app will mean reaching a much larger reading audience. The concept is the same or even better, as the content in a free edition will be refreshed regularly instead of having to pay for a new set of content. In a larger context, the app changes from a form of ‘new’ publishing into a tool for marketing and sales, since a free app will mainly be – apart from being a nice service to the mobile reader – a promotional tool for selling e-books.

The first year has proven that the concept is appreciated by almost everyone who tries it out and that there’s a huge potential of readers who will use it so long that it’s free and offers updated content.

We believe it’s a very versatile app that can be filled with new stories and novel-excerpts by publishers, no matter the language.

Emile Op de Coul is manager rights & new business at Querido, Nijgh & Van Ditmar and Athenaeum publishers in Amsterdam. He was project manager of the development of the Delay App and is responsible for international sales of the app. You can reach him on Twitter: @eopdecoul

DISCUSS: Should Books Tell You How Long They Will Take to Read?