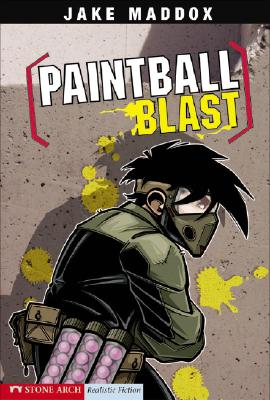 Capstone and Andrew McMeel Publishing took BookExpo America as an opportunity to announce new imprints: one with the intent of expanding further into the children’s market; one to make their brand more accessible to a younger audience. In addition, Capstone Young Readers will debut a line of paper-over-board early and middle-grade series fiction editions. With its nonfiction titles, new formats such as paper novelties and crafts will be introduced, in addition to drawing books (through their licensing agreement with the Smithsonian Institution). The list will also feature long-standing Capstone reader favorites such as books by author Jake Maddox and the popular You Choose series. A range of digital formats are also scheduled for launch in fall of 2012.

The move into trade publishing is a large step for Capstone, as Shannon Zigmund, marketing manager for trade and international indicated. “We’ve gained our reputation as a solid and conservative publisher through our books for schools and libraries. Our move into trade will allow us to become a little edgier, without changing who we are.”

Meanwhile, Andrews McMeel Publishing, known for its humor, cookbook, gift and non-fiction titles, announced the launch of AMP! Comics for Kids, a line of comic stories designed for middle-grade readers. The line will launch in August 2012 with four titles, including two books by Lincoln Peirce, the creator of the best-selling Big Nate series.

Andrews McMeel has earned a reputation as a leading producer of cutting-edge comics, bringing best-selling and critically acclaimed artists such as Gary Larson, Bill Watterson, Scott Adams and Stephen Pastis to the world. “For years Andrews McMeel has helped to define American popular culture by giving voice to storytellers of our age,” said Kristy Melville, president and publisher of the book division. “Now for the first time, we are making this rich comic talent available to kids.”

In addition to Big Nate, the first offerings in the series include such popular favorites as FoxTrot by Bill Amend and Lio by Mark Tatulli. Future publishing plans include Pearls Before Swine from Stephen Pastis, as well other favorites. AMP! Comics for Kids will be available on all digital platforms, and include online enhancements such as games, interactive elements and downloads.

Amy Worley, vice president of marketing, explained that for Andrews McMeel, AMP! allows the company to reach young readers in a new way. “Now that not as many parents read newspapers, it’s become more difficult for children to discover comic strips. Now, all of our big name titles will be part of a series of books available in the children’s section rather than in humor — exactly the same strips, edited for kids, and formatted for kids.”