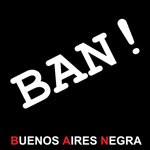 “Could the next Stieg Larsson come from the Pampas?”

Every year in the summer days of July, fans, authors and readers make pilgrimage to the Semana Negra de Gijón, a crime fiction festival held in Asturias, Spain since 1988. What would seem strange to anybody familiar with the long tradition of crime fiction writing and publishing in Argentina is that Buenos Aires lacked such a festival until last week, when the first Buenos Aires Negra Festival was held from June 11 to 15. Ernesto Mallo is in charge of Buenos Aires Negra’s organization. An award-winning author translated into several languages, Mallo says that the idea had been in the air for several years, but it was impossible to carry out until he found a like-minded partner in Ricardo Jarne, director of the CCEBA (Spain’s Cultural Center in Buenos Aires). “Afterwards, we got the enthusiastic interest of Hernán Lombardi (minister of culture of the City Hall). The only problem is that we have a makeshift working culture, in which important details are always left to the last minute, but I’m confident that we can improve in the next years,” he says.

Crime fiction was never ghettoized in Argentina as pulp-fiction was. Jorge Luis Borges and Adolfo Bioy Casares contributed to the literary exaltation of the genre with the mythic series El séptimo círculo [The Seventh Circle], published between 1945 and 1956 by Editorial Emecé. “The Borges-Casares alliance gave carte blanche to crime fiction. In the high-brow magazine Sur, edited by socialite Victoria Ocampo, crime fiction rubbed shoulders with Jean-Paul Sartre or Albert Camus, something that didn’t happen in any other part of the world,” he says. The exception could be France, where Gaston Gallimard had a similar policy in his publishing house.

Ernesto Mallo considers La huella del crimen [Crime’s Footprint] to be the first Argentine noir novel. It was published serially by the newspaper La Tribuna, only 30 years after the publication of “The Murders in the Rue Morgue,” by Edgar Allen Poe, one of the fathers of the genre. As to the burgeoning of the genre, Mallo has an answer: “Incrementally increasing crime results in an increase in story-telling, new forms of describing that reality, new styles, and new voices. What’s bad for humanity is good for literature. If crime becomes more and more creative, writers respond with new forms of literary creativity.”

At least 54 crime fiction writers took part in last week’s of celebration of the noir novel and dozens of parallel activities were organized.

Stay tuned, the next Stieg Larsson could well come from the Pampas.