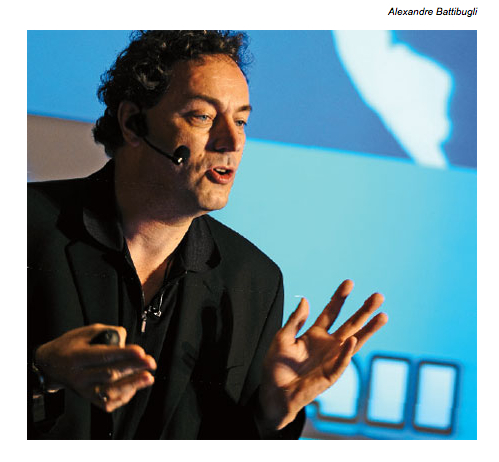 “Access not ownership, relationships not transactions, meaning is money.”

Access not ownership, relationships not transactions and concerns over who owns the channel to market – these were some of the themes of the second World E-Reading Congress which began in London on Monday. Once again, organizers Terrapin had assembled a powerful line-up of speakers who provided a one-stop take on what is happening in the digital space. From “haptic technology” (from the Greek Haptikos, “pertaining to the sense of touch”) to “lean back” readers, this was also the place to get a jargon update and phrase fix.

The View from a Futurist

Media Futurist Gerd Leonhard kicked things off. He believes the debate will soon be about access, not ownership and said that “for those over 30 it’s very hard to understand this switch. There will be some ownership, but it won’t grow. With music, iTunes sales are flat, but streaming is growing. It will happen with books. A Spotify for books will come.  If a student wants 300 books, he’ll buy a three-year subscription”.

Small examples of that already exist, but Leonhard means on a mass scale, such as that being contemplated in Brazil “where the government is looking to buy 100 million devices for students so they don’t have to buy the physical books”.

He believes there is more to the future than walled gardens and that “humans need meaning, not just cool technology. In the end, meaning is money.  Apple has meaning, even though it is a totally walled garden — an oligopoly, a cult.” During the next three to five years he thinks we will see telemedia convergence. “The telecoms industry will realize that it will have to make deals with ISP operators to sell content — so that if you buy this SIM card, for example, you can get ten books. “For the consumer, access to content will become much cheaper. We cannot force the consumer to pay the same for digital as physical. Technology owners reads more, so why penalize them? We need to innovate now to keep them.”

Sharing, he maintained, should be “non-negotiable. Sharing does not create economic damage.” Publishers must engage with their customers; attitudes to piracy must be rethought (“piracy happens when motivation meets opportunity”); and publishers must build value around content “because payment works if the context is right — if there is a reason, people will pay.”

Duncan Edwards, President and CEO of Hearst Magazines International, took an entirely different view on pricing. “We have discovered that, because of the ease of use, people are prepared to pay as much — or even more — for the digital versions of our magazines.” Which just goes to show how hard coming to firm conclusions in the ever-changing digital arena can be.

Pearson’s Senior Vice-President, Digital Products and Consumer Technology, Juan Lopez-Valcarcel, believes attitudes to mobile phones in schools has to change — by which he means there is enormous learning potential in these devices. He pointed to numerous schemes around the world where mobiles or tablets are being used for learning. “In South Africa, you have students doing homework on mobiles with teachers being able to see how much has been done. This is not a rallying call for mobiles in schools — all I’m saying is let’s look at the possibilities, let’s look at the way they can be linked with white boards for example.” Doug Lavin, Vice-President Corporate Strategy at Wolters Kluwer, was one of many speakers to talk about the extraordinary rise of tablets and also also gave hints of what is further down the line – flexible, haptic technology screens, even digital paper that can be folded and put in your pocket. But he had some simple, down to earth advice as well. “Focus on the user. Design sites for mobile first and keep them simple — many websites are cluttered.”

Matteo Berlucchi, CEO of Anobii believes “we are at the dawn of a new age between readers and content,” one in which “books as a trophy object will survive as a momento”. He thinks that “if the war between Amazon and the publishing industry continues, more publishers will do a Pottermore,” thus cutting Amazon out.

Agent Charlie Campbell of Ed Victor noted the strange relationship between the online giant and Waterstones, and that Amazon was “aggressively forcing out of business” the very places where the books it sells were discovered.

David Roth-Ey, Executive Publisher of Fourth Estate and HarperPress, Jonathan Glasspool, MD of Bloomsbury Academic and Alison Jones, Director of Digital Development at Palgrave Macmillan, talked about how publishers have had to reinvent themselves as service businesses and think about consumers more. “All of this is about managing change,” said Glasspool. “It’s about inculcating different attitudes to content when all the people who’ve joined our companies have done so to produce books. It’s about how we train people, how we mentor them.”

The day ended with the likeable Mark Johnson of Zite, the site that builds “intelligent magazines” for consumers, based on their interests. It is now owned by CNN, whose Senior VP and General Manager of CNN.com, KC Estenson, joined him on stage. “Tablets have changed the way content is consumed,” Johnson said. “Five years from now everyone in this room will have a tablet. Your children will have tablets — your grandparents will have tablets. Dead trees won’t be shipped to people anymore…”

That may be overstating things, but people got the message.