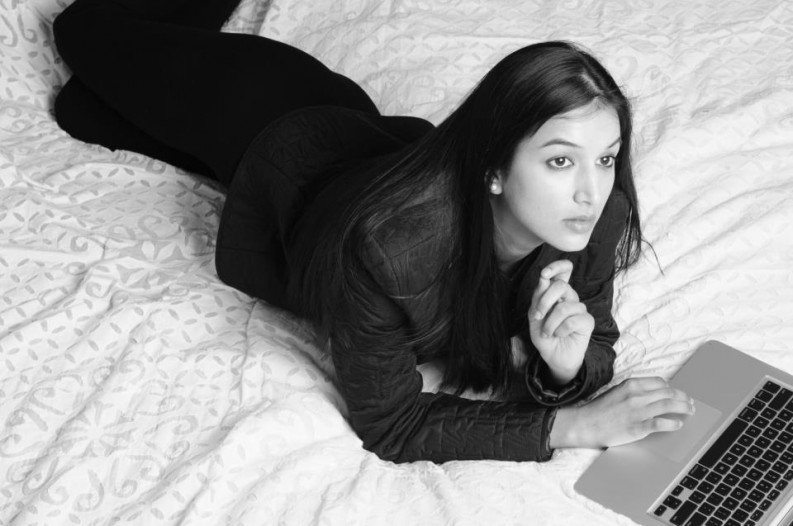 “India’s 19,000 publishers…have flooded the market with badly edited, similar sounding stories having a mechanical Bollywood-style boy-meets-girl-breaks-up-meets-again formula with lots of sex thrown in,” writes Tanuj Khosla in today’s lead story about the burgeoning YA writing scene in India. He goes on: “A friend of mine in Delhi who is currently penning a young adult novel was told point bank by the publisher to add three to four ‘scenes’ in the book as then only the book shall sell,” adding, “I was completely shocked when told that teens in schools buy books based on the number of ‘scenes’ in them.” Brains and Beauty: Ira Trivedi, one YA author Tanuj recommends, knows how to market herself.

Surprise, sex sells — 50 Shades of Grey, anyone? — but does that mean that Indian YA fiction has lost it’s way, as Tanuj suggests? Perhaps, perhaps not. Sex has always been a part of Indian literary history — the Kama Sutra, anyone? — but his objection here is less about the sex, than the simpleminded tastes of readers.

If literary publishing is anything, it’s an effort to provide thoughtful, lasting and meaningful alternative to base entertainment. But it is often as if publishers, in an effort to cash in on a trend or make a quick dollar (or several million in the case of 50 Shades of Grey) are more than willing to cater to readers — and their own — basest desires. Can the two impulses co-exist? Yes, of course. The question of whether they should is merely rhetorical since they clearly already do.

But I can excuse YA readers for seeking out sex in books? They are younger than the adults at whom 50 Shades of Grey is aimed at and most likely lack the maturity to fully understand the emotional ramifications of what’s going on in that book, to name just one.

Who among us didn’t underline particularly hot and heavy passages in our books as teenagers? Or seek out that one title our parents kept on the high shelf? But what’s unsaid here is that kids today have much more easy access to depictions of sex than ever before, especially online. Perhaps we should even be grateful that they’re seeking them out in books in the first place.