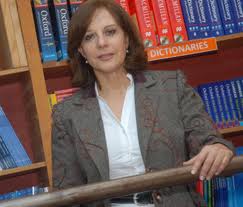 MONTEVIDEO, URUGUAY: If you have plans to export English language books to Uruguay, Cristina Mosca might be your woman in Montevideo. The most recent figure in a family saga that started in 1888 with Librería Popular, founded by the Mosca brothers, she is the only woman who took to books in a company managed by men for 106 years. She started working at Mosca Bros. in 1974 as secretary to her father, who then was the managing director of the bookstore. “My father died 18 days later and it was a shock to me. I knew I couldn’t be anybody else’s secretary. I tried with my cousin, but you need to admire your boss to be a secretary,” she says in an interview in El País. Nevertheless, Cristina Mosca continued working in the bookshop and things conspired for the good, because she was able to leave her mark, one that continues to identify both Mosca Bros.— no longer controlled by the family — and her new venture, Bookshop. Both focus on English-language books.

The same year her father died, Cristina passed her graduation exams in English. In order to get the books she needed, it was customary to travel to Buenos Aires, the center of imports for English books. Back in her country, she discussed offering English textbooks with her cousins, and the opportunity that it would represent. She took charge of the new business in 1975 and her subsequent success allowed them to open a new department in 1983. In those days, the tables were turned — after the Falklands War, Argentina stopped importing books from the United Kingdom, and Mosca found an avid public among Argentine schools in need of English books. As a result, she opened offices in Buenos Aires. “I wouldn’t have been able to develop the leadership and organizational skills I now have without diving into the Argentine market, which is much bigger and complex,” she says. In 1990, Cristina Mosca had to make decisions, and she didn’t lack the stamina to take the bull by the horns. Hyperinflation in Argentina forced her to close the Buenos Aires offices, and things weren’t any easier home. A deeply Catholic family, the Mosca brothers had produced numerous offspring, and running a business in which 40 cousins have a share (and divergent interests) had become unmanageable. “I didn’t like the idea, but I knew that the company had to be sold. It was almost impossible to steer that vessel so I jumped into the water,” she says. She went to London, her single but remarkable asset being a reputation built in three generations of bookselling, and found the strong backing of every publisher she visited. Bookshop, her independent venture, was born.

Bookshop is now a distributor of English and Spanish books, plans to open a new business operation with academic titles, is a household name in children’s literature and runs seven bookstores in the tiny but culturally active Uruguay, with an annual revenue of US$1.5 million. Mosca Bros., a company that has changed hands three times since 1990, continues focusing in English books and textbooks and is Mosca’s main competitor.