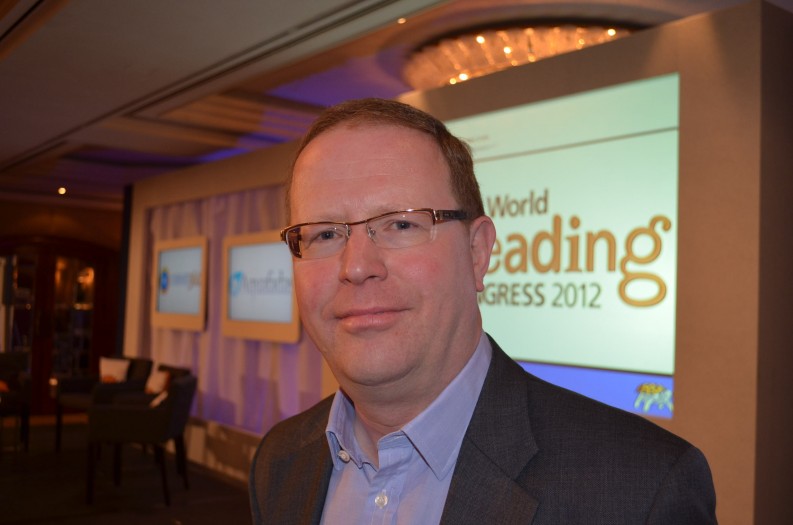 “[F]ashion stores, interior design stores, art gallery shops, outdoor stores — all of them have books as part of their mix.”

Former Borders UK chief and frequent Publishing Perspectives contributor Phillip Downer, who now runs the retail consultancy Front of Store, attempted if not the impossible, then the very, very difficult at the World e-Reading Congress which wrapped up in London last week. Namely, a defence of physical books in physical stores.

At a conference with such a name, and in a room full of iPads and tablets, this was brave, provocative stuff. He gave a long, alphabetical list of UK bricks-and-mortar retailers – fashion stores, interior design stores, art gallery shops, outdoor stores – all of whom have books as part of their mix. “Some, like the supermarkets, are big important players, but others offer books as a value proposition, or as part of the lifestyle offer they’re promoting, or as a souvenir of a day out [as in the gift shops at English Heritage sites]. But they all believe that there’s a place in their shops for physical books.”

Of course, what was notable was that there wasn’t a single, traditional bookshop in the list – these were all primarily retailers of other goods in which books happily sit. He observed: “The physical bookshop struggles, but the physical book can thrive.” He believes the industry is at a crossroads “where it either allows the global corporations to progress from being walled gardens to becoming super-fortresses, or it fights to ensure plurality.” He noted that just as multichannel is now vital for all physical bookstores, the same applies to pureplay online retailers too (Amazon arguably hasn’t opened its own stores yet because there are still a number of bookshops acting as its showroom for free). Consumers want this “intergrated experience” of off and online because, clearly, “we could all buy everything online already if we wanted to – but we don’t.”

He believes that initiatives like Gardners’ networked Hive website help independents sell e-books and he’d like to see greater take up among the sector. “There’s a way forward for individually managed and owned shops that have full access to e-books, and yet can localise their offer to suit each physical location, each local residential, business and academic population, in a way that chains inevitably struggle to deliver.”

For the chains, who are surely in a worse position than the independents, he suggested a franchise model under which “the centre would provide the technology, the systems back-up, the buying power, and the manager would acquire ownership of the stores, buying an interest in or purchasing them outright, customising their shops as appropriate for their markets…The chain would then become a network of individual specialists.”

But sadly, he envisages many closures before this stabilisation. “However carefully your estate has been built, however appropriate it was five years ago, it is now shot through with toxicity.”

Dominic Pride of consultancy The Sound Horizon had some good news for publishers. He thinks that “in moving so fast on digitization, the UK may have avoided its Napster moment”. But he warned that customers do not place the same value on digital data compared to print, and that publishers have to realise they are now becoming service providers – a theme mentioned by many speakers during the two days.

His advice was “engage early with outside partners, use freemium to draw customers in and add value in the service you offer.” Like Downer, he believes DRM should go, to break down the walled gardens, and he noted that, contrary to fears, profitability actually increased when this happened in the music industry. Paul Gathercole: "It won’t be the content creators who find the new audiences you need"

The partnerships theme was picked up on by Paul Gathercole, Vice President Digital Tools at Universal Music. “Open yourself up to new partnerships as soon as possible so you that you can work with the next Facebook or whoever. It won’t be the content creators who find the new audiences you need, and although it might be counter-intuitive, don’t be afraid to give something away free. You may see a return on investment in two to three years.”

Daniel Heaf, Executive Vice-President and MD BBC Worldwide recommended “openness and backing multiple horses. Don’t go for a single partner. In music, there is only iTunes and I think it’s very unfortunate that Amazon and others weren’t encouraged to be involved. I deliberately give our catalogue to more partners – Hulu, Netflix, a whole range.”

Speed Up Royalty Accounting, Victoriana In Your Pocket

Author and negotiator Clive Rich thinks the new digital world is already having an effect on contracts. “Traditional top down arrangements have to change. I think in future authors will choose from a menu of what they want. And I definitely think royalty accounting has to change. If the shoes I buy can appear on my credit card bill so quickly, then I think sales data has to mirror that kind of efficiency too.”

Simon Bell, Head of Strategic Partnerships and Licensing at the British Library, said that “mass digitization” was central to its role as “the intellectual memory of the nation” and sighted a number of business models it uses with various partners, among them the newspaper publisher DC Thomson with whom it partnered for the British Newspaper Archive. He also mentioned its award-winning app that arose out of its short-lived partnership with Microsoft that saw the company financing the digitisation of some 70,000 to 80,000 obscure nineteenth century titles. “I call it the Victorian library in your pocket…”

Justo Hidalgo of 24 Symbols, his ‘Spotify for books’, sees cloud-based content as the way forward. The content is device agnostic and the subscriptions are small – nine Euros monthly, €21 quarterly or €60 annually. It’s a small operation as yet, with some 8,000 titles from Spanish and a few English publishers, but he is in talks with more publishers in the UK and US and hopes to make announcements around BEA.

Finally, there had to be a little bit of future-gazing thrown in. This time it was provided by Peter Buckley, Digital Publisher of the Rough Guides and DK. It wasn’t so surprising that he mentioned 3-D for its guides – it’s easy to imagine 3D representations of the Eiffel Tower, say – but he also hinted at “publishing guides to car windscreens and recipes to your fridge”.

Just as long we don’t get emails on either of these just yet, we’ll be happy.

SURVEY: Should E-Book Publishers Abandon the Use of DRM?