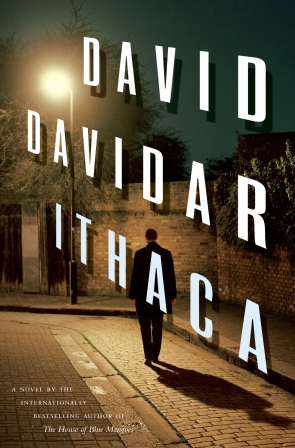 When the poster boy of Indian publishing wrote a novel about the publishing industry, expectations were bound to be high. “Ithaca is a thrilling account of international publishing,” says the blurb on the front flap of David Davidar’s book, Ithaca (Fourth Estate, 2011). The book’s title invokes the poem of the same name, by renowned Greek poet C.P. Cavafy, which addresses Odysseus during his ten-year journey home to Ithaca after the Trojan War.

In this 274-page tome, the story of Litmus, an indie publishing house in London trying to stay afloat when “sweeping change is taking place in the publishing industry”, is narrated by India-born editor-turned-publisher, Zachariah Thomas.

As the newly appointed publisher of Litmus, it falls upon Zach to discover the next Life of Pi, which could save the company from an impending economic downturn in 2009. After making a success of the Italian author living in Canada, Massimo Seppi – whom Zach has edited, and whose quartet of novels based on magic realism, of angels and of archangels, has sold million copies worldwide – the new publisher is at a loss when Seppi dies. Bereft of a star author and an imminent take-over by Globish, the giant corporation, Zach must “try to mine the Seppi legacy for one last gem.”

What happens next could have been “thrilling” if only the author had persisted in exploring the plot and characters he created, to meet their potential.

Affinities Between Zach and Davidar

The similarities between the lives of Zach and Davidar are hard to miss. Not hesitant to draw from his biographical experiences, Davidar tries to give his readers a glimpse of what lies out there in the world of “global” trade publishing. He should know best. He set up Penguin in India at age 26, in 1985, and made it a successful brand, by publishing luminous authors like Vikram Seth, Dom Moreas, Upamanyu Chatterjee, Romila Thapar, Arundhati Roy, P.Sainath, Suketu Mehta and Shobha De. He became Penguin India’s CEO in 1997. He stayed in that role until late 2003 before taking over as president of Penguin Canada, which he is credited to have brought back to good health.

For professionals and those authors entrenched in the publishing ecosystem, the book would be all too familiar (“nobody edited books anymore, you merely did some cursory tidying up of a text before hurrying through the production process”).

And, for those seeking to understand the much hyped, highly competitive and bewildering world of trade publishing, this is a good introduction. For others who are puzzled by who-gets-published-and-why, there are some provocative insights here (“you don’t get to be a publisher without having to deal with writers who feel under-appreciated”).

Along the way, if Davidar’s Ithaca leaves the reader wondering why she was coursing through ‘Book Publishing for Dummies 1.0’ in the garb of a novel, it was not the author’s intent.

Although the book begins with him seeking refuge from his troubles in far-away Thimpu, Bhutan, it quickly moves West. There are vivid descriptions of the glamorous life – of a jet-setting English publisher who travels between London, Toronto, Frankfurt, New York and Sydney, with a stopover in Delhi – the corners and centers of the publishing industry circuit. There is Julia, the ex-wife he can’t let go of; Mandy, the girlfriend who is a model (a short interlude even has Zach shopping for lingerie with her!), a past life of short-lived romances, work meetings over wine, feeble attempts at mending a broken marriage, and the conceit of success – before the downfall. But the other characters of this story enter and exit the novel jerkily. Only three of them even get a chance to have their own point-of-view.

In a hurried summation of the Indian (read English) publishing scene, made via one chapter titled “Delhi,” Davidar indulges in patting his own back. It has Zach recounting how, in India, “trade publishing was more or less non-existent until Penguin India” and how “Vikram [Seth], in a giant leap of faith, decided to entrust the fledgling company with the responsibility of publishing his manuscript [A Suitable Boy]…” Zach concludes, “It obviously wasn’t easy to achieve the sort of standard that had never been achieved in the country before, but to the credit of the author and the publishing company they managed to pull it off and the result is this gorgeous book.”

Frankfurt Book Fair Gets a Showcase

Perhaps to highlight the importance of Frankfurt Book Fair to the industry, an account of it is spread over 25 pages in the book. Frankfurt Book Fair is where, as the author cites a cliché, “all publishing folk are busy fucking each other.” Davidar describes how business is transacted in Hall 8 – that secluded exclusive hall, “the place in which the most lucrative deals are struck…where the US and UK publishers are located.” Through his descriptions of this “nerve centre of the Frankfurt Book Fair”, and those of the gated LitAg (agents centre), we realise the metaphorical extent of the term “global” in publishing (the Fair has exhibitors in Halls 1–7 too!). The term “Big Seven,” a label for the large publishing conglomerates (they are the Big Six in reality, but Zach adds Globish to the list) recurs often in the book.

The Frankfurt account is underscored in these words: “Tens of thousands of people working themselves to the bone ostensibly in the service of authors, but when you come right down to it unless you are a VIEW, or Very Important Eminent Writer, the words author and writer are mere abstractions in the context of Frankfurt.”

As you set out on the road to Ithaca
Hope that the road is a long one,
Filled with adventures, filled with discoveries…

In the final section, after Zach’s downfall, these lines confront us:

Ithaca gave you the beautiful journey;
Without her you wouldn’t have set out on the road…
And if you find her poor, Ithaca didn’t deceive you.
As wise as you will have become, with so much experience,
You will understand, by then, these Ithacas; what they mean.

Cavafy’s Odysseus is expected to understand when he reaches home to Ithaca, that the ultimate value is not what Ithaca has to offer, but the experience he has gained along the way. When Zach (and Davidar) returns to India – home – is he coming back to his metaphorical Ithaca? Or is it an Ithaca that other poets have described – the place to return to before moving on again?

Before Davidar was embroiled in a sexual harassment suit in 2010, it was widely held that he had a shot at becoming the global head of Penguin. After settling that suit, he chose to return to India, and found a changed industry.  We hear it in Zach’s words, “In today’s India anything is possible; what a change…from when I was a child and every ambitious Indian’s eyes were trained on escape to the West.” Davidar’s decision in 2011 to launch Aleph Book Company (along with Rupa Publications) was hailed as a homecoming by a section of the media. The company’s first list of 25 Aleph titles is widely anticipated, and the first, Between Clay and Dust by Musharraf Ali Farooqui is already out.

In the hills of Yercaud in Tamil Nadu (Davidar’s native state), Zach comes home to his family estate, and wonders “about the trajectory of his life, the odd symmetry of it. Would it end here, where it had begun?”

In spite of its claims at being an “exhilarating” depiction of publishing, Ithaca is burdened in most parts by its author’s participant observations. So while it provides ample insights into the machinery of publishing – complete with edit meetings, board meetings, business strategy, sales conferences, author contracts and negotiations, mergers and acquisitions, book fairs and literary festivals – the book fails to do justice to the plot. With weak characterization, and an uneven pace, it is lacking in techniques of plotting and POV – failing in the “standard tips” that Zach offers to an aspiring writer at a session in the Sydney Writers’ Festival.

Which is a pity, since Ithaca, Davidar’s third novel, does have the ingredients of a thriller, and in the hands of a better writer could easily have become one.

A frequent contributor to Publishing Perspectives, Vinutha Mallya is an editor with Mapin Publishing.

DISCUSS: What is Your Favorite Novel About Publishing?