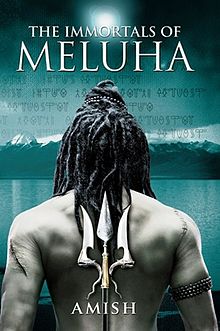 Tuhin Sinha, Ravi Subramanian, Ira Trivedi, and Amish Tripathi are among the writers Western publishers would benefit by seeking out. Life seems to have come a full circle for young adult fiction in India. In 2004 Chetan Bhagat burst on the scene with Five Point Someone and almost overnight created a huge market for young adult fiction which even forced vern the big publishing houses to shed their cloak of elitism and churn out mass market fiction written in easy vocabulary with plenty of local references and flavours. Hundreds of young adult titles by hundreds of first-time authors have hit the shelves since then. However going by the recent trends, the readers seem to have reached a saturation point. The reason? Lack of differentiation between these “semi-autobiographical” young adult novels. Even a price of 100 bucks (US $1.82) (even lesser if you buy the books online) doesn’t seem to entice many readers into purchasing some titles. They do have a point. Most of the recent books to come to market have one of the following typical story lines, plus or minus a few sub-plots or characters:

Don’t get me wrong here. I admire the efforts of the authors who put in endless solitary hours to come up with these books. I have nothing but respect for them. But the fact remains that if one looks at the sales figures, such books are no longer selling like they used to. “Saari ek jaisi hain” is a common statement that I hear when I speak to blokes aged between 16 and 30 about these books. But I was completely shocked when told that teens in schools buy books based on the number of [sex] “scenes” in them. So much for creative writing and literary merit, shame on such readers!

Publishers are equally to blame here. India has over 19,000 of them, many of which are run like mom-n-pop stores. Cashing on the popularity of such books and the eagerness of first time authors, they have flooded the market with badly edited, similar sounding stories having a mechanical Bollywood-style boy-meets-girl-breaks-up-meets-again formula with lots of sex thrown in. A friend of mine in Delhi who is currently penning a young adult novel was told point bank by the publisher to add three to four “scenes” in the book as then only the book shall sell.

Even a few writers of young adult fiction to whom I have spoken agree, albeit privately, about the lack of reader interest in such “feel-good quick reads.” It worries them that the absence of differentiation between these books is responsible for the lack of sizable and loyal readership base for them. Many of them are attempting something more intellectual in their forthcoming projects. I am not sure if that is the right way to go. As long as the books have a unique story line and/or are expressed in an engaging manner, they should do just fine.

However all is not lost, there are many writers — some explicitly young adult, others who not — who are not indulging in this herd mentality. At one point it seemed that wildly popular author Chetan Bhagat was also going down this path after he came out with 2 States: The Story of My Marriage, which while an extremely entertaining book, was full of many clichés. However he has proved his detractors (including me) wrong with Revolution 2020, a book that touched upon the state of education in the country and the excruciating pressure hapless students go through to get into a good engineering college. Tuhin Sinha is another writer — along with Chetan Bhagat — who is credited with “lighting the fire” of young adult writing in India. Sinha has constantly resisted writing such ‘blink & gone’ books. His previous book Love & Politics is probably the most articulate description of the slice of lives of some young ‘elite’ politicians written in the country. He can definitely be called as ‘the cerebral reader’s writer.” His most recent book, published just last week, The Edge of Desire, deals with the issue of gender crimes and lack of political leadership in the country and has a female protagonist.

Then we have Ravi Subramanian and Ira Trivedi. The former is a banker by profession and writes fiction with banking as the backdrop. For people who have worked in a bank (like me) and/or are associated with finance, his books strike a deep chord. Trivedi, on the other hand, has several impressive novels to her credit, including What Would You Do To Save the World, a roman a clef about beauty pageants and, There’s No Love on Wall Street, about a young woman’s travails working in New York City finance. Her portrayal is quite close to the harsh reality in these spheres. Amish Tripathi is yet another writer worth noting. His debut work, The Immortals of Meluha, became a surprise bestseller; a re-imagining of Hindu mythology that will ultimately comprise “The Shiva Trilogy,” it went on to sell 125,000 copies in 2010, making it one of the top selling fiction titles of the year. There are others — including some first-time authors — who shall hit the stands in the next 4-5 months which will be worth seeking out. However at the moment, the young adult fiction market is deluged by first-time authors all of whom are dishing out novels that rarely stray from what is seen as a proven formula. It is no wonder then that most of them are seeing disappointed sales of their “babies.” Maybe better marketing (and by that I mean more than just having a Facebook page) and introducing their books in e-book format might boost sales. But at the end of the day, if the book is dull, cliched, or otherwise unimaginative, trust the modern day reader to abandon it midway and update his/her Facebook and Twitter accounts about the quality (or rather the lack of it) of the same.

In my opinion, this segment of publishing seems to be reaching a stage where you have robust demand, but at the same time the readers are spoilt for choice and won’t take anything and everything thrown at them. Writers beware.

Tanuj Khosl has written for CNBC, The Asset, The Hedge Fund Journal, Institutional Investor, and The Wall Street Journal, among other publications. He currently lives in Singapore, where he is an analyst at a hedge fund. You can find him on Twitter @Tanuj_Khosla.

DISCUSS: With So Much Sex, Has Indian YA Fiction Lost Its Way?