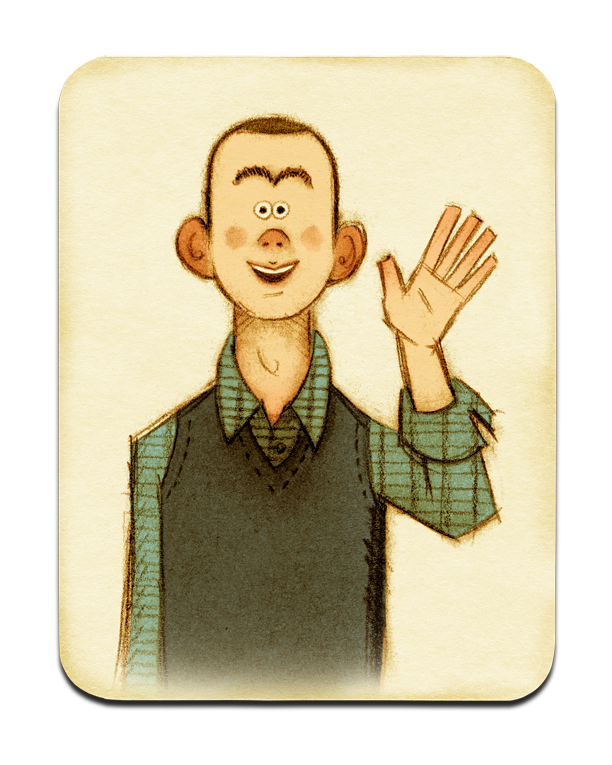 Author Peter Brown will speak on May 31st at PP’s Children’s Publishing Conference about what it takes to create books that connect with children and parents. More about this conference » “The real art of picture books is taking a sophisticated idea and distilling it down to its purest form.”

A one-time reluctant reader despite growing up in a “literate family,” Peter Brown has gone on to become a New York Times best-selling author and children’s book illustrator. A two-time recipient of the E.B. White Read-Aloud Picture Book Award, for The Curious Garden (2010), and Children Make Terrible Pets (2011), Brown’s goal is simple, “to make books that kids really want to read, to help prevent reluctant readers like myself.”

“I try to make stories that are really fun, but there’s also a bit of a lesson in there, secretly,” Brown admits. “I don’t want to turn kids off, but a story without a lesson is not really a story.” For Brown, it’s connecting with his readers that’s important. “I spend a lot of time thinking about my readers when I’m coming up with a story, and I think I know what my audience needs. I could write the greatest story in the world, but if nobody reads it, does it matter?”

And to make sure that he knows what his audience responds to, Brown does a lot of school visits, “and that’s the best thing I do to reach my audience. Outside of regular book tours, I go to spend entire days at an elementary school to talk in detail about my process, so at the end of the day’s there’s 400 kids out there, and it’s invaluable to see their reactions. I get to observe my readers up close and personal. I get to see what lines make them laugh and where I’m losing their attention. So when I write my next book, I’ve learned my lesson and try to incorporate that.” Brown also reaches out to his audience (and their parents) through the group he co-founded with other children’s book authors and illustrators: Book Maker’s Dozen. By offering group shows and workshops for kids, and by showing and selling prints to families at reasonable prices, Book Maker’s Dozen helps kids to see the connection between the person who actually paints the picture and the books they make. “It’s been a way for us to build a sense of community amongst ourselves while using our various skills and fan bases to do group events. We’re trying to cross-promote each others work and expand our reach.”

And as an added bonus, Brown points out that, “It’s a lonely road being an author, you spend a lot of time alone.  There, we’re the center of attention for a couple of hours before returning home to our lonely lifestyle, so it’s as much for ourselves as for anyone else.”

At this year’s Publishing Perspectives Children’s Book Conference, being held May 31 in New York, City, Brown will join fellow Bookmaker’s Dozen member John Rocco, along with Beth Kephart and Raina Telgemeier for a panel discussion entitled, “Author, Author!: Building a Career, Connecting with Kids, and Standing Out from the Crowd.” It’s an event you’re not going to want to miss.