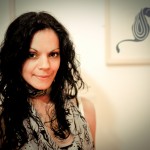 “It is the writer that sets the pace at which a story is told, and it is more essential now than ever before that that skill is respected and nutured.” Jos Carlyle, Creative Director and one of the two founding members of Persian Cat Press, a Manchester, England-based start-up publishing company, is a woman with a mission. One that allows her to take her company forward with the passion and mission with which it was created — ensuring that reading content for future generations is as carefully created and curated by the publishing industry as it has been in the past. At the same time Persian Cat Press must remain strategically flexible to react to the ongoing shifts in the publishing industry as it moves from the adulthood of one stage (what she see as traditional linear story telling) into the infancy of another (interactive-non-linear storytelling.)

As such, Carlyle is proud of what the company has accomplished with their free-to-download Cat-Nav discovery app. Drawing on the knowledge the company has amassed in creating their own apps, they select what they see as the “cream of the crop” in the genres they publish in — picture books, graphic novels and other iStories — and provide the app’s users with unbiased weekly reviews of the best new books available, what one reviewer describe as like having “a curated bookseller in the palm of your hand.”

Carlyle and the rest of the team at Persian Cat are convinced that it is only in a climate that recognizes and celebrates excellence in books that will allow a mature and realistic market to evolve. This, Carlyle believes, is a market where high literary standards are respected and the price of book apps accurately represents the amount of work that went into creating them. And it is because these beliefs that Carlyle spoke earlier this year at TOC Bologna about the responsibility that creators have to ensure that content is not overwhelmed by the methods of delivery.

With touchscreen technology, and the demand for ‘on demand,’ with multiple senses, multiple screens and multiples strands all occurring simultaneously and being absorbed at breakneck speeds, Carlyle is concerned that there is a very real risk of information overload, especially for young, still forming minds.

And if that is indeed the case, Carlyle asks, what can be done? The answer, she believes, lies in the coming together of traditional and digital publishers. They must collectively support their existing and new writers as they learn how to apply theirstorytelling skills interactively across new reading platforms. “It is the writer,” Carlyle said, “that sets the pace at which a story is told, and it is more essential now than ever before that that skill is respected and nurtured. Story apps must have built into them the space in which to assimilate and reflect upon the many levels of information being presented. This must be built into them at the writing stage.”