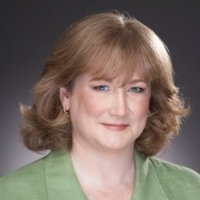 Paula K. Allen, SVP of Nickelodeon Global Publishing, is a publishing executive with over 28 years experience in developing and managing publishing business units, along with author representation and contract negotiation. She’s got a proven track record of producing multimillion-dollar profits through book licensing and retail publishing sales for properties like SpongeBob SquarePants. Her knowledge spans the publishing business in the United States and major markets in Europe, Latin America and Asia. That is to say, she’s ideally positioned to discern where publishing has been and where it might end up in the future.

“Way back in the dark ages, back in the old days,” Allen says, “there wasn’t a digital, from coloring book to story book, and in the last few years all that has changed. It’s a really exciting time to be in publishing.” And while many see it as the end of publishing, Allen strongly disagrees. “I don’t view it as that. It’s just a different chapter. And an opportunity to make it more robust and bigger than ever before.”

She also acknowledges the profound changes that have taken place in the retail business; from the days of independents to the expansion of chain stores and the blockbuster mergers that put the little guys out of business. But, she insists, the pendulum is moving back in the other direction. “Retail is changing again, particularly in bookstores. It’s an opportunity for independents to take a stand and become more neighborly.”

And of course, she says, with the expansion of the digital book realm, the biggest challenge facing the publishing world today is making money. “It’s a big investment, and I think because it’s a new industry, I mean really new, there’s a question of how much you spend to create the product.” You can spend as much as you want to build an app, but, she asks, will you be able to recoup that investment? Or are you building the app to market another product without the need to recoup? The question you should always keep in mind, she says is this: “When it is marketing and when is it a consumer product?”

Allen sees the other major challenge facing publishers as marketing. “In the old-world business model, you could feature a book on an end-cap in the store and have the passive marketing of people walking by it, of which a certain percentage would buy it. Now that it’s digital, you don’t have that kind of passive marketing, so we have to be more creative and diligent and make sure that people are aware that the product is available and accessible on whatever device they’re using. Marketing is the million dollar question. We’re still waiting to see if I have the million dollar answer.”

At this year’s Publishing Perspectives children’s book conference, Ms. Allen will be part of a panel discussion on the topic, “Born Digital, Buy Digital: Sales, Publishing and Community-Building for the New Generation,” where she plans to discuss Nickelodeon, the art of putting kids first and how the digital revolution is one more way for her company to get their content in front of consumers.