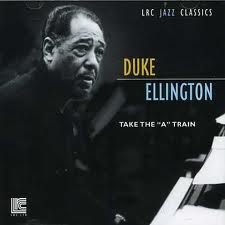 What if we imagined the publishing industry as a group of jazz musicians bringing their own skills, experience and talents together towards a shared goal.

I first started thinking about the connection between jazz and the digital world when Mike McNamara and I were asked to do a presentation on Agile Workflows at the O’Reilly Tools of Change Conference in Frankfurt in October, 2011. Mike and I live at opposite poles of the world (literally: he in the UK; I in New Zealand) and come from very different backgrounds: He is an engineer by training and an XML expert with detailed technical knowledge and experience; I am an arts and business graduate with a great deal of experience in educational publishing, with a passion for technology, content management and digital strategy, and a love of creativity. One evening I was listening to jazz (Duke Ellington’s Take the A Train) and it suddenly all came to me: jazz was the perfect vehicle to integrate our different approaches and to make sense of everything I wanted to say about agility in the digital age.

Jazz as an Analogy for Agile Publishing

One of the difficulties publishers face is not only how to implement the by now famous benefits of XML and agile processes (flexibility, responsiveness, speed), but also to understand what the XML specialists are saying, and how to convey the benefits in a positive way. The current language of content management uses the language of programming logic, with little attention to the lyrical or personal that would resonate in the context of publishing. Publishing companies are staffed with people who relate not necessarily to bits and bytes, but to words and pictures, notes and chords. It is clear too that CEOs do need “buy in;” simply forcing people to change will be making a rod for their own back. How then to think of agility as a change to be welcomed, not just required?

Jazz – structure, separation, integration and improvisation – provides an analogy for discussing context, the content itself, technology and creativity, the organisation, as well as relationships with authors and readers. It shows us how to be ready to act seemingly spontaneously to whatever may come.

Jazz improvisation appears to be spontaneous, a musical miracle, a result of individual genius, but at its heart it is based on formal musical structure. The note is the smallest musical element. Notes combine to form chords, and a combination of particular chords make up the particular musical key. As a student of music, one learns the scales associated with each key, starting with the ‘easy’ major chords and scales, followed by the minor, followed by the traditional jazz major 7ths, minor 7ths and diminished scales. One’s musical knowledge is built up from academic learning, via books, lessons, classical training, and endless, endless practice until one doesn’t even think of the structure, one just takes it for granted. It has become tacit knowledge: that knowledge that one isn’t even aware that one has; it is just something one assumes everyone knows. And when one plays with other musicians, they do. It is this embedded and tacit understanding of the implicit musical structure that allows musicians to create, to innovate, and to ‘integrate’ their music with that of other musicians to create new art forms through improvisation. The underlying structure is a shared standard, with the taxonomy or classification of notes in each key established with mathematical precision.

The note itself is elusive and invisible, but can be captured in print by standard musical notation, and in sound by recordings: dual representation or output format. And like data in the digital world, it is binary: on or off; present or absent. It is ephemeral and hard to pin down and ‘own.’

While the note is independent of its output, it is dependent on its context. The note A can be denoted by the letter A (on chord notation say for a guitar), by musical notation (for a musician to read), by the sound itself, or by a moving graph, and even that one note can be a high A, or an octave below. Exactly how it sounds depends on the instrument, the musician, the combination with other notes, the musical background of the other musicians, the audience (certain musical scales sound ‘normal’ to us simply because they are part of our culture, and yet they are discordant to other cultures, and vice versa). So the simplest musical form, the note, holds a world of possibility and meaning.

Looking at content then, mark-up at the smallest level depends on shared standards, on a terminology that takes context into account; and when content is used in a set of shared terms, it is almost endlessly combinable, an enabler of creative expression, experimentation and improvisation. (See Ingrid Goldstein’s fascinating 2010 article about the requirement for truly agile content: a “triad of XML (media-neutral notation), semantics (meaning of the data), and RDF (context of the data and metadata).”)

Making content adaptable enables and also demands changes in the traditional workflow. There is much talk these days of the benefits of applying an agile, iterative approach, usually associated with software development, to book publishing. And paradoxically perhaps, it has been welcomed by people in the creative side of publishing because there is a feeling that finally, those process-driven production people can be ignored. That finally things don’t have to be perfect or finished but just done, with fixes being made in the new iteration. While this is true in some respects, I think this reading of the ‘agile manifesto’ misses the point. As Wynton Marsalis has said, “In Jazz, improvisation isn’t a matter of just making any ol’ thing up. Jazz, like any language, has its own grammar and vocabulary.” The same is true of agile processes. Experimentation is driven by the structure, by the grammar; it is the combination of these that enables the agility. Without them, it just becomes ad hoc, on the fly creation, great for quick experiments, but not for scalable processes.

The agility of the sort I am advocating also enables use, reuse, selection, and re-purposing of content throughout the company, from sales and marketing to publishing, distribution and customers. In most traditional publishing companies (many other companies too) each department operates as a separate unit, or silo. There is little interaction between departments, with each department working to its own goals, focusing on its own problems and methods. The organisation itself is a larger container, bracketed from the rest of the publishing world, by literal and figurative walls.

What if, instead, we imagined the organization (and then if we’re feeling brave, the industry) as a group of jazz musicians bringing their own skills, experience and talents together towards a shared goal. Having integrated departments would also mean that skills would be learned throughout the business. Research shows that creativity is enhanced by cross-boundary thinking and working. Although some individuals are more creative than others, creativity is not necessarily something that only lives in individuals. It is also the result of a social process that involves the crossing of borders between disciplines, between industries, between different styles of thought. So the mixing of talents is in itself a stimulus for creativity and innovation, which is exactly what is needed.

However, as mentioned earlier, integration also depends on separation. Clear distinctions between who does what (echoing the structuring of the content, and music) are essential. Of course, such cross-boundary work will involve tension, and that should be recognized and accommodated. When technology becomes a key part of the engagement, perhaps, paradoxically, too, we need more opportunities to communicate in person.

Where do our authors and readers sit in this picture? They are sometimes forgotten in the rush towards new technology. Without the creativity of authors, content may begin and remain just data; the input of creative people whether they be authors, employees, or readers should not be undervalued. Fortunately, now with the many forms of social media, we can engage with our writers, and also with our readers, who can be viewed as fellow creators. This interplay is critical: Keith Jarrett, the renowned jazz pianist, makes only recordings of live performances because for him, the audience is “an integral part of each and every performance.” One example of this kind of interaction facilitated by social media is fan fiction. Yes, it sits in an uneasy space and interrogates the basis of originality, of borders, of ownership and copyright. It is also a universe of engaged, engaging and committed online communities of readers and writers that could serve as a model for mainstream publishing.

Anna von Veh is the co-founder of the digital publishing services consultancy and publisher Say Books. She lives in New Zealand.

DISCUSS: What Are Your Least Favorite Analogies for the Book Business?