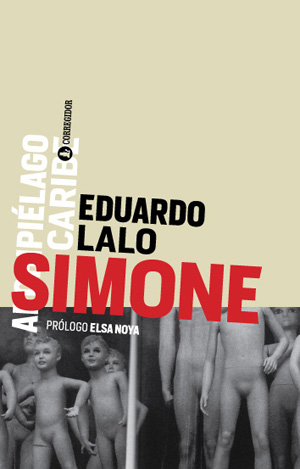 The Buenos Aires Book Fair closed Monday, May 7 having welcomed more than 1.3 million visitors and 10,000 professional participants. The biggest book fair in South America was once again a success both with the general public and business people. According to Jorge Gutiérrez Brianza, chief of operations at FEL (Fundación El Libro), 80% of the professionals polled said they were satisfied and that business has been equal to or even better than at the 2011 event. Exhibitors reported an increase of between 10 and 55 percent in their direct sales to readers.

Latin America sees the deepest economic crisis in 70 years looming over Spain and its book industry as both a threat and an opportunity, and Buenos Aires’s old ambition of recovering its centrality in the region is starting to seem like more than a wild dream. Unlike Brazil and its powerful industry, the rest of Latin America’s publishers are scattered throughout the continent and, more importantly, they don’t own most of their copyrights, which sit comfortably in Madrid and Barcelona. Nevertheless, Gabriela Adamo’s goal to make the BABF a hub for Latin American authors, helping them to be published and recognized all over the region without having to first be famous in Spain, achieved two important milestones this year. Eduardo Lalo, Puerto Rican author and visual artist, visited the fair on the occasion of the launch of his novel Simone, published by the well-established, medium-sized Argentine publisher Corregidor. Simone is the first book in Corregidor’s Archipiélago Caribe collection, which will focus on contemporary literary works by Caribbean authors, seldom published both in Spain and Latin America.

Lalo said that his country is the victim of stereotypes, in part created by the magic realism inaugurated by Gabriel García Márquez and other authors of the Latin American boom. “Magic realism, which had many successes and promoted many things, also promoted a stereotype — that we are poor but happy and we carry music inside of us. These are images of low intensity, they are light,” he explained. “We have a right to tragedy.” During his speech at BABF, Piglia underscored that literary fiction has a different life span than information, perhaps referring to the established trend among local publishers of releasing successful but short-lived journalistic non-fiction. He and FCE stated their commitment to the long-term, which more often than not is associated with the long-tail. As an ironic counterpoint revealing the state of the arts, his words were interrupted several times by deafening applause coming from behind the thick curtain that divided the room in two. There, the subsidiary of Planeta was launching an autobiography by Moria Casán, an Argentine sex-symbol celebrity whose star was also at its zenith in the ’80s.