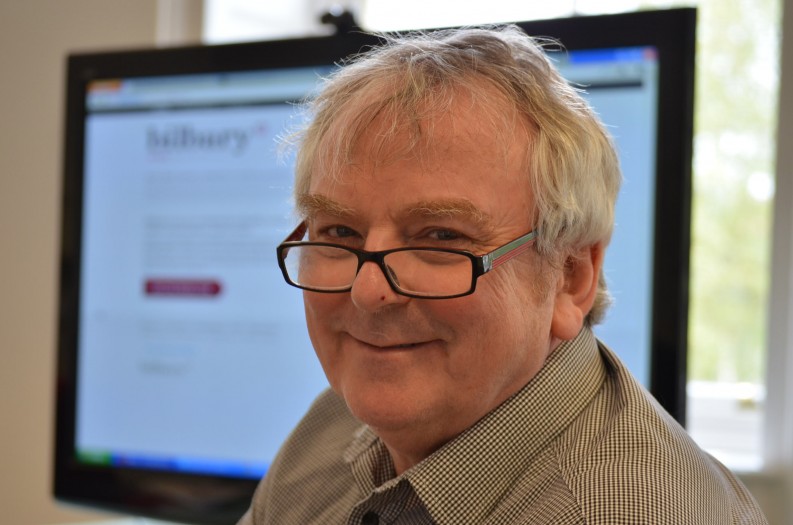 As he sees it, [Coates] is simply doing what he has done many times before — building a bookshop.

LONDON: There is no one quite like the UK’s Tim Coates in the book industry. He has been a bookseller, an author, a library campaigner and a publisher. Now, with the launch of Bilbary.com – the international e-bookstore and library that went live in the US in March and opens for business in the UK and Europe in June – to that list must be added the description digital innovator, though Coates smiles at the suggestion. As he sees it, he is simply doing what he has done many times before – building a bookshop. Bilbary.com allows users to download titles to any device – PCs, laptops, tablets, anything Android, Sony Readers, Nook, Kobo, even the Kindle, although Coates concedes that “you have to be a little bit tecchie to make it work.” Currently, it has some 320,000 e-books from around 2,300 publishers – chiefly academic houses, small presses and specialist publishers. But by the end of May a further 110,000 titles will have been added from the big six: Penguin, Macmillan, Random House, Hachette, Simon & Schuster and HarperCollins, and he has hopes for many, many more.

A Viable Alternative to Amazon

He has a simple, open access vision for the site, borne of frustration at the walled garden systems that are proliferating in the digital space. “We want Bilbary to be a place that people who like reading, who love books, can come and find things and read them on whatever they have.”

Naturally, he wants the site to differentiate itself from Amazon – a considerable challenge. Here he starts to sound both evangelical and frustrated. “Amazon is not a site where you want to hang around. They’ve done a brilliant job in promoting Kindle – they’ve made e-books a proper, viable proposition and they’ve forced publishers to act. But what they haven’t done is force backlist to emerge. We’re really only just getting started when it comes to e-books. A lot of what Amazon offers is self-published. You can find something to read, but the real quality is not there.

“So at Bilbary we have this relentless pursuit of content. We want to replicate the sort of quality and range you find in Foyles or a huge Barnes & Noble – and the text of all our books will be searchable too. I’d say that at the moment, only 30% of a large, stockholding bookshop is available in digital format. There are vast riches out there. How many Penguins are there as e-books? There are only about 9,000. But how many Penguin titles have there ever been? So we’re speaking to them about Pelican, about the classic green crime…You can go to the big six publishers and it’s the same story.

“Publishers obsess about their front lists – a certain author is about to publish their fourth novel or whatever. Then they let things go out of print and forget they ever had them. Publishers think their job is to keep publishing, but their job is also to sell what they’ve already published. Instead, they’re always looking for the next pot of gold.” He maintains that publishers blame the agents for the lack of digital titles. “They say they haven’t been unable to negotiate a digital deal. Well, they should sort it out. If print is going to decline, if that industry is going to collapse, then let’s manage the transfer to digital properly. We need a massive digitisation programme. Publishers will say it is happening, but I’m saying to them ‘where are the titles?’ Why is so little Marquez available digitally, for example? I really don’t think we’ve got started yet.”

Bilbary will also carry reviews, as well as recommendations and comment from booksellers and teachers and experts in their field. It has a library which has a link on the homepage that takes browsers to an interactive illustration of an old, small town library. “We want people to have fun here,” says Coates. “This is somewhere they can go for a good rummage around, just as in a physical library. You enter through some swing doors and we’ll have things like a science room where you can see the books being converted into digital in pickle jars. We’ll even have a cat on the rocking chair outside. Jo Budler at the State Library of Kansas [which has recently signed a deal with Bilbary] said ‘librarians have a great affinity with cats’.”

Users of the State Library of Kansas who do not want to wait for one of the handful of digital files provided by Overdrive are given the option to buy a title, with a percentage of the revenue going back to the library.

If he sounded critical of publishers above, it’s more a case of urging them to act on the treasures they have. In fact, he despairs at some of the animosity that is currently around. “We want to be nice to publishers, not at war with them. Publishers produce absolutely wonderful material. There are people who say why do we need publishers, I can publish a book – but they can’t. What they produce is awful. It’s just that at the moment, you have publishers at war with librarians over lending, and at war with agents over digitisation contracts. And everyone is at war with Amazon. That hostile world is awful.”

Bilbary has private backers, including John Bartle of advertising agency Bartle Bogle Hegarty and a staff of around 14, including representatives in Beijing, Delhi and the US. Its home is in London’s glorious Bedford Square in Bloomsbury, just along from agent Ed Victor’s office and directly opposite Bloomsbury Publishing. Occasionally, the sound of a cello can be heard from an adjacent room, which means Coates’ younger son Oliver is practising. He’s a professional musician, artist-in-residence at the South Bank Centre and winner of the Royal Philarmonic Society’s Young Artist award earlier this month. Coates’ other son, Sam, is Chief Political Correspondent of the Times.

A Long, Personal Commitment to Bookselling

At the age of 62 Coates is embarking on a big project at a time when many might feel like sitting back. Perhaps it’s a case of Yorkshire grit, as the English phrase has it, but this unusual figure is quite happy tackling new ventures, taking on new challenges.

The son of amateur musician parents – his mother was a school teacher – he grew up in Huddersfield and studied maths at Oxford, during which time he became active in musical theatre and composed. Classical music remains a passion today. After university, he joined WH Smith as Marketing Planning Manager, thus beginning his 40-odd years in the industry.

He ran the Smiths-owned Sherratt & Hughes chain of more upmarket bookshops, which was eventually subsumed into Waterstone’s where Coates was briefly MD. Disagreements between Waterstone’s shareholders and WH Smith shareholders led to his departure, with subsequent years seeing him establish Uncovered Editions, which published government reports unearthed in the archives, such as the Titanic enquiry.

Exploring these archives led him to Mary Cornwallis West, mistress of Edward VII, whose story he began writing for his own enjoyment. Bloomsbury heard about it and the house that is now his near neighbour published Patsy (her nickname) in 2003.

He combined these publishing and writing activities with a growing interest in the fate of the UK’s libraries, an interest that led him to some impassioned campaigning which gained him enemies and friends in equal measure. In more recent years he ran Baker and Taylor’s UK office for academic library supply.

E-Lending is a Mess, This May Be an Answer

The idea for Bilbary arose out of his involvement in libraries, with Coates seeing its model as a solution to the current mess that is e-lending. The last year has seen him visit the US frequently, speaking to publishers and librarians and getting his mind around the complexities of the US tax system.

He owns a Sony Reader, currently loaded with Henry James’ Portrait of a Lady (“beautiful”) and he has a lifelong love of Josef Svorecky and other Eastern European writers. “I do like Czech writers very much — they are subversive in a way that English and Americans don’t quite know how to do.

People are watching Coates and Bilbary with interest. Publishers would all like to see a competitor to Amazon, but the Seattle giant is a mighty body to take on, with a name embedded in consumers’ minds. And yet there was a time when Twitter was a start-up no-one had heard of.

Coates has taken the bold step of building Bilbary in public, “so we can learn from people as we go along”. He is also not taking himself too seriously in the process. “John Sargent at Macmillan in New York said to me. ‘Well, this is different. I’m used to having fresh-faced MBA students come and tell me how they can save publishing – I don’t usually see a grey-haired industry veteran from across the Atlantic…”