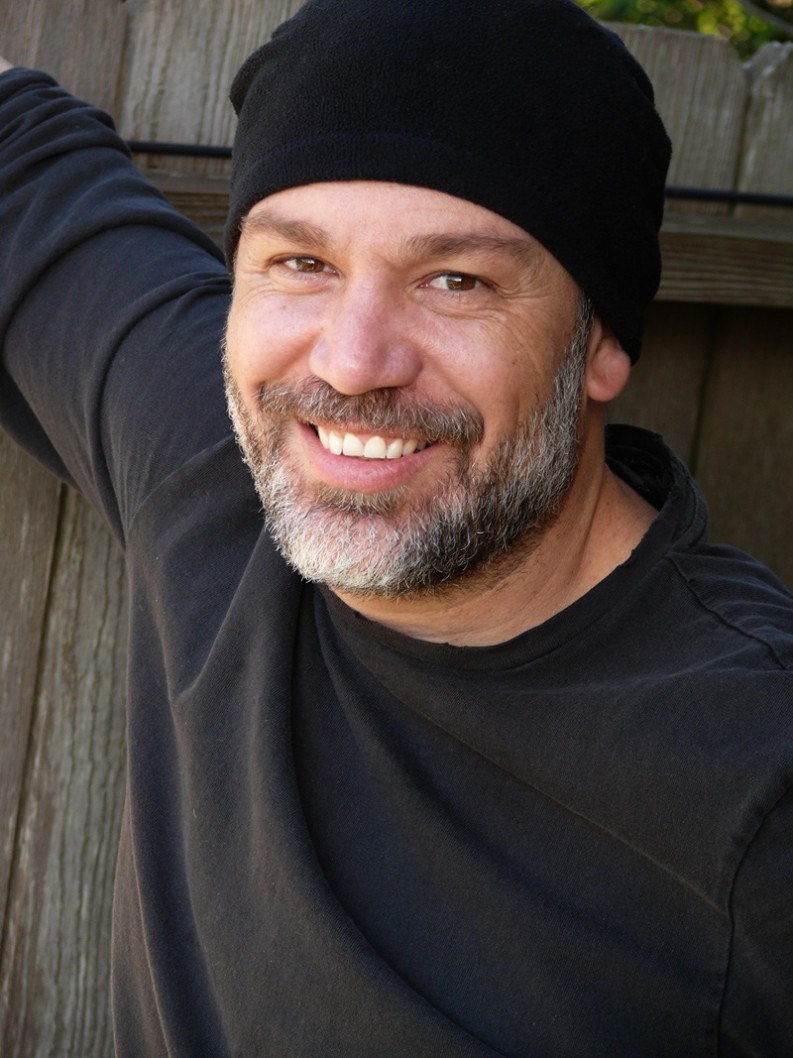 Author and illustrator John Rocco will speak on May 31st at PP’s Children’s Publishing Conference about what it takes to create books that connect with children and parents. More about this conference » John Rocco began his career with a bang, collaborating with Whoopi Goldberg on her 1992 picture book, Alice. Then he shifted gears, moved to the West Coast and spent the next fourteen years as a creative/art director on several exciting and innovative projects. These included designing attractions at Disney’s Epcot and working as pre-production art director for the critical — and box-office-smash animated film Shrek. In 2005, Rocco returned to the world of children’s books, producing one critical success after another: illustrations for Rick Riordan’s internationally bestselling series Percy Jackson and the Olympians, The Kane Chronicles and The Heroes of Olympus, as well his own picture books, including Wolf! Wolf!, Moonpowder and 2011’s Blackout, which appeared on pretty much every “Best Book of the Year” list you can think of, culminating in The Caldecott Honor for 2012.

“I guess the best way I can put it is I tell stories, whether it’s with picture or words; whether it’s working as an art director or making books,” says Rocco. “I made the transition back to books really because I love books — the form, the medium. I’ve always collected them. And for me to receive the Caldecott, to be illustrating the Rick Riordan books, I’m blessed.” For Rocco, the audience that the Riordan books have given him has been beyond his wildest dreams. “When you’re in school, and you contemplate spending that 50 to 100 dollars to get postcards done of your work, and you suddenly have your work on a book jacket with 30 million copies out there in the world, it’s pretty exciting.”

Having spent time both within and outside of the publishing industry, Rocco has very strong opinions of what matters to him, and where publishers are going wrong. “Publishers today are averse to risk — half the books we loved in our childhood wouldn’t be published today. In The Night Kitchen [by Maurice Sendak] wouldn’t be published today. Much of Dr. Seuss wouldn’t be published today.” And even when you have an idea that the publisher likes, Rocco notes, there are still problems. “Say you were going to do a book about four young boys and the trouble they get into. The publisher is likely to ask, ‘Can you make one of them a girl? Can you make one of them black?’ But that’s not what this book is supposed to be about! Making books that fit everybody ends up making books that don’t fit anybody.”

What matters, Rocco insists, regardless of whether you’re an author or an illustrator, is creating a connection between parent and child — one that can only exist, he feels, with a physical book. He speaks from personal experience. His daughter goes to a school with a no-media policy. She’s six, has never watched TV, and Rocco and his wife read her three books a day — an estimated 7000 books total. And she loves it.

“She was maybe three or four years old, and I was reading Sendak’s The Sign on Rosie’s Door to her. There was a part we got to where Rosie had a blanket over her head and was waiting for the magic man to appear. My daughter started physically shaking. I asked her if she was cold, and she said, ‘No, I’m EXCITED!’ She was literally physically shuddering from excitement. And I remember going to the school to read to the kids, and she asked me to bring this book in to read, and she was so excited about seeing what their experience was going to be. She was busting out, knowing they would have the same experience as she did. Kids connect to those moments, and the more we connect with them and share that experience, the better it is.”

John Rocco will be part of the panel discussion, “Author, Author!: Building a Career, Connecting with Kids, and Standing Out from the Crowd,” at this year’s Publishing Perspectives’ Children’s Book Conference. Given Rocco’s success, and his devotion to creating books that allow parents and children to connect with each other, as well as his unvarnished opinions about children’s publishing, it should make for a fascinating conversation.