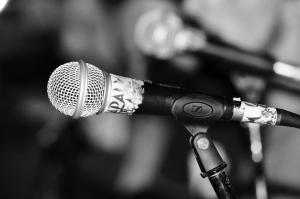 Having an author on hand to interact with an audience is a matter of prestige and passion, but publishers want ROI. Today’s feature story discussing the National Writer’s Series notes that it costs approximately $2,500 to send a writer to speak at one location on a book tour. Increasingly, publishers have been shying away from tours, as the resulting sales have faltered and calls from writers disappointed by paltry turn outs have become routine. Nevertheless, there are some successes — the National Writer’s Series being but one example, in addition to the burgeoning number of book festivals around the country.

But at $2,500 a shot, is it indeed a sustainable practice to send a writer on the road? Certainly, provided the venue can attract the appropriate audience — one in the hundreds instead of the dozens. But that primarily works for A-list authors, who have the drawing power of celebrity. For mid-listers, it’s a dicier proposition, unless the venue is willing to pay — and often that means not just paying the $2,500 in related expenses, but a sizable fee to the author, and often via publishers’ in-house speakers bureaus, to the publisher itself.

For many venues, having a big name or even little name author on hand to interact with an audience is a matter of prestige and passion. Getting an adequate ROI is nice, but many organizations are self-financed through donations of time, money and energy and function as non-profits, so the priorities are elsewhere. The practice of touring, while onerous, can also be very rewarding, especially as it gives an otherwise physically isolated author a direct, intra-personal connection with their readers. Social media, for all its wonders, can’t quite replace the face-to-face. And that’s something that money can’t buy.