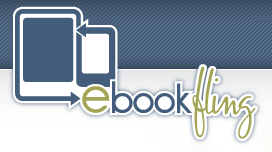 A fear of piracy is one thing, but a fear of sharing? With the new digital age of publishing upon us there are many variables at work, among them whether or not allowing sharing of e-books among consumers is cannibalizing sales or otherwise causing economic damage. In today’s feature story, futurist Gerd Leonhard speaking at the World E-Reading Congress in London on Monday said that “Sharing should be non-negotiable.” It does not “cause economic damage,” he reiterated. Many existing e-book sales platforms have sharing enabled, but you don’t often hear about the extent to which these are being used: are they, indeed popular? Of course, there are also companies — such as 18 month-old EbookFling.com that are set up exclusively to facilitate the sharing of e-books, which should be a “proof of concept.”

I can say that, personally, most of the people I know already own an e-reader and could, if they wanted, enable sharing with me. But I’ve never once had someone offer to share a book. I tend to buy what I need or want (thus reaffirming Leonhard’s assertion). But there are certainly times when I’d love to “borrow” an e-book from a friend who already owns one, such as when a fellow member of my book club has already finished a book we’ve opted to read and I’ve yet had a chance to read it. Would that be cannibalizing sales? Yes, perhaps, albeit this is a minor occurrence.

What about eliminating DRM on e-books entirely? The fear is that piracy will run rampant, but will it? Several publishers have opted to move to non-DRM formats — and other, such as O’Reilly, have been at the vanguard of arguing for elimination altogether (they prefer watermarking the books). Would the “sharing” of non DRM books also pinch publishers further? It’s all conjecture at this point, until we see a mass adoption of existing sharing technologies on a significant scale. Readers are still just getting their heads around “borrowing” e-books from libraries, Amazon and the like.

Of course, it all comes down to one simple thing: If social reading and community building is the cornerstone of book discovery, marketing and sales, then users must be trusted.